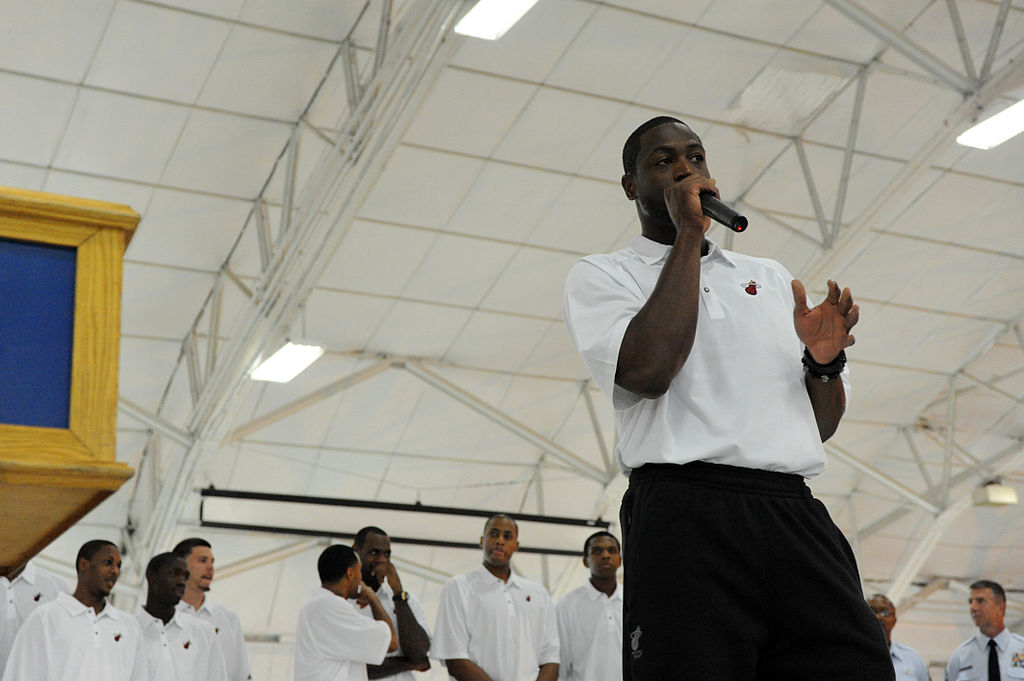 After NBC confirmed that two of its judges would not be going back for another season of "American's Got Talent," Dwayne Wade wondered why his wife was benched from the show.

The NBA superstar went to his Twitter page and posted a series of rants publicly defending Gabrielle Union.

He stared his thread by saying that multiple people have approached him, saying that they started watching "America's Got Talent" because Union was one of the judges. They loved her "insight and sincerity" on the show.

“Men lie, Women lie, numbers don’t” Over this past year I’ve been approached by many people saying that my wife @itsgabrielleu is the main reason they’ve started watching #AGT or that they love her insight and sincerity on the show. — DWade (@DwyaneWade) November 27, 2019

The following tweet said that when he got the news that Union was being fired, he questioned, "why?!" He's still waiting for a "good answer" to that question.

So when i got the news that my wife was being fired—my first question was obviously why!? Iam still waiting on a good answer to that question. But if anyone knows @itsgabrielleu or have heard of her you know she’s an advocate for our community and culture. — DWade (@DwyaneWade) November 27, 2019

He defended that a lot knows his wife for being an advocate for culture and the community.

As proud as i were of her being selected as a judge on #AGT— Iam even more proud of her standing up for what she stands for and that’s US. — DWade (@DwyaneWade) November 27, 2019

In Wayde's third tweet, it said that he was proud of his wife for being selected as a judge, but he's more proud of standing up for "what she stands for."

So to you @itsgabrielleu on not losing sight of the lessons we’ve talked about teaching our daughter and for kicking ass while you were on that platform. Number 1 judge on one of the biggest shows in the world️ — DWade (@DwyaneWade) November 27, 2019

He added, "Cheers to you @itsgabriellau on not losing sight of the lessons we've talked about teaching our daughter and for kicking ass while you were on that platform. Number 1 judge on one of the biggest shows in the world."

On Sunday, Variety reported that AGT did not renew Gabrielle Union and fellow judge Julianne Hough's contract. They claimed that Union's contract wasn't renewed after she expressed concern over offensive incidents on set.

Their departure was also the result of a "toxic" workplace culture at the NBC talent competition show.

The same publication cited that different sources who alleged Union was giving notes that her rotating hairstyles were "too black" for the show's audience.

Sources told Variety that Union spoke against racial insensitivity when a white male contestant auditioned with an act where he portrayed Beyonce and emerged with black hands.

While working on the show, Union expressed concerns over racially insensitive situations during her time as a judge, including a joke guest judge by Jay Leno that was later edited out of that specific episode.

According to Variety, over the summer, Leno allegedly made a joke about a painting on the wall that featured Simon Cowell - judge and executive producer - surrounding his dogs.

When Union learned about the joke, she allegedly urged the show's producers to report the joke to NBC's human resources department to bring awareness to the problematic issue.

However, despite her push, different insiders told Variety that HR never addressed the issue. That segment was just cut out by producers from the August 6 episode.

Multiple sources that were on the set that time said that Leno allegedly joked the dogs looked like something one would find "on the menu at a Korean restaurant," about the stereotype that all Asian people eat dog meat.

One Asian staff was reportedly offended and felt uncomfortable.

A spokesperson for the broadcasting company and production company, Fremantle, responded to the claims and told People magazine that AGT has a long history of inclusivity and diversity in their talents, judges, and hosts and denied that they were booted off the show.