Castle (Nathan Fillion) and Beckett's (Stana Katic) lives will be in grave danger in the upcoming season 8 finale of ABC's Castle.

ABC has released plot synopses for the final two episodes of Castle's current eighth season. As the end nears for Katic's run on the procedural, many fans are anxious to see how things will end for the detective.

Well, it wouldn't be Castle without a little bit of danger. This is the case for both episodes that will conclude this season, titled "Hell to Pay" and "Crossfire," respectively.

"When an axe-wielding, escaped psychiatric inmate drops dead in Castle's P.I. office, Castle and Beckett's investigation leads Castle to suspect the victim's death could be the work of the Antichrist," the synopsis for "Hell to Pay" reads.

While this may sound like an intense episode, the promo seems to cast things in a humorous light, with Beckett scaring Castle and smiling.

Then, the season 8 finale will intensify the hunt for LokSat, which ends up putting both Castle and Beckett's lives in danger.

"With their best lead in hand, Castle and Beckett are ready to take on LokSat. But an unforeseen twist puts their case - and their lives - in jeopardy, on the season finale," the synopsis reads.

Fans were shocked in April upon learning that Katic would not return to Castle in a hypothetical ninth season, nor would Tamala Jones as Lanie. The announcement was particularly surprising considering Katic has been Fillion's co-lead since the beginning of the series. It remains to be seen what showrunners Alexi Hawley and Terence Paul Winter may have in mind for a Castle without Beckett. The series has yet to be renewed.

Watch the promo for the next episode of Castle here: 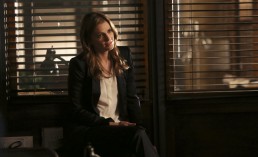 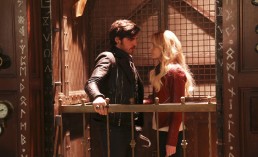 'Once Upon a Time' Season 5 News: Jennifer Morrison Reveals Her 'Fantasy' For Future Location [VIDEO] 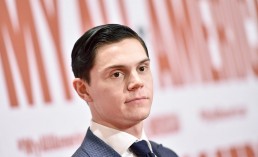