Person of Interest is building a legacy.

Reese (Jim Caviezel) and Co. will bow out of the CBS lineup later this month, but Team Machine's trip to the capital planted seeds for a potential spinoff. Although Finch located his ever-evolving creation in the heart of New York City, the AI has been churning out irrelevant numbers across the country. And a good thing, too, or else Reese would be six-feet under

Former POI's Logan Pierce (Jimmi Simpson), Joey Durban (James Carpinello), Harper (Annie Ilonzeh) beat feet to DC at the bidding of the Machine, quickly revealing themselves to be Team Machine 2.0. Surprisingly, this wasn't the trio's first mission. Apparently Finch's (Michael Emerson) old workhorse has been a lot busier than he ever suspected.

While it sounds like the majority of Team Machine will take the fall in the series' finale, Michael Emerson has teased the possibility of a spinoff. If a network chooses to go forward with the idea, Logan, Joey, and Harper would be prime candidates for the Machine's next adventure.

The ending, I thought, was really satisfying - and still ever so slightly open-ended, so that if someone, someday wanted to reboot this thing, or have a Chapter 2 of some sort, it wouldn't be out of the question," the actor informed TV Guide. "There are survivors ... [but] not many."

Of course, none of this can happen unless Finch manages to pull off a last minute win against Samaritan in "Return 0."

Find out if the Person of Interest tale will continue when CBS airs the penultimate episode next Tuesday at 10 p.m. ET. Click the video below to see a preview for ".exe." 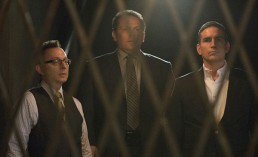 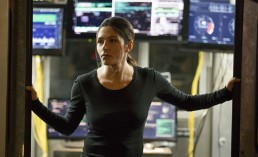 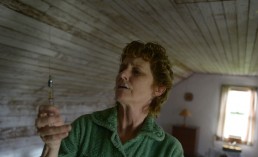