Outlander fans can put the fateful Battle of Culloden from their minds for the next few minutes. Heartbreak is coming the Scottish Highlands, but, as we wait two weeks for "Dragonfly in Amber," lets turn our attention towards the future.

Season 3 is in the works, and showrunner Ron Moore dropped a few Voyager tidbits during a late night Twitter Q&A on Sunday (including when Sam Heughan and Caitriona Balfe will return to set!).

"We haven't stopped working, and we just went straight over from season two to season three," writer Matthew B. Roberts told The Hollywood Reporter in early June. "We carried the writers room over and a few people in Scotland continued to prep for next season...The Droughtlander won't be as long as they expect."

In keeping with these statements, Moore has promised a late summer start for filming.

Voyager covers a staggering range, moving from the 20th century to the 18th, from the mist of Scotland to the glaring sun of the Caribbean. Narratively less complex than Dragonfly In Amber, season 3 will still pose a few quandaries for Outlander's creative team. Filming will continue on in Scotland where Moore's location division will have to find a landscape that can double for Jamaica and Hispaniola.

@lea_robbie All the stuff in the Caribbean

@Jclasell Definitely in Scotland for S3. No decision beyond that. — Ronald D. Moore (@RonDMoore) June 26, 2016

While Heughan (Jamie) and Balfe (Claire) will retain their roles across the decades, you can expect recasting for a number of the cast's youngest actors.

Find out what's next for Claire and Jamie when Starz airs the Outlander season 2 finale on July 9. Click the video below to see a preview for "Dragonfly in Amber." 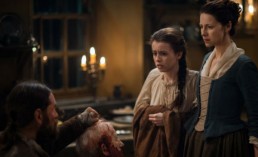 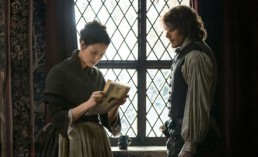 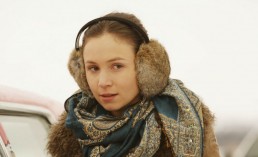