Bryan Fuller is sticking firmly to his previously announced timeline for a Hannibal revival. Unfortunately for fans of the cannibal connoisseur, that means another year of waiting.

Currently burning the midnight oil for American Gods and CBS' Star Trek, Fuller carved out a few hours to stop by the Saturn Awards on Wednesday. A staple of the horror and sci-fi genres, the Hannibal showrunner was on hand to accept the award for Best Action-Thriller Television Series. As he did so, Fuller also dropped a few hints regarding Lecter's (Mads Mikkelsen) next move.

"Two years after the last airing of the show, we can investigate our options [...] August 2017 is when we can actually start talking about it," the writer explained to Collider. "That's when we would have to see what the rights are for the character and for the story, and see who's interested and how we get it done. I have the story, and the cast is excited for the story, so we're ready to go if somebody wants to go."

The statement falls in line with Fuller's December comments to The Dinner Party Show, during which he promised the series' creative team "will try again in a little over a year-and-a-half." Next time the voracious serial killer takes to the screen, he'll "make another run at Silence of the Lambs."

Fuller's consistency is a good omen for fans. Clearly nothing has upset the turnip cart in the last six months, and that's just the way we like it.

When August 2017 does roll around, Fuller will have to wrangle his leads back from whatever show/movie they're currently starring in. Hugh Dancy (Will), Gillian Anderson (Bedelia), and Mikkelsen are all fantastically talented actors, which means their schedules are tightly booked.

"The cast is game, I'm game, it's just a matter of finding the right time where everybody's schedules sync up, but I would love to continue to tell the story with Hugh Dancy and Mads Mikkelsen," Fuller told Collider.

Now Fuller just needs to figure out how to drag Will and Hannibal back over that cliff... 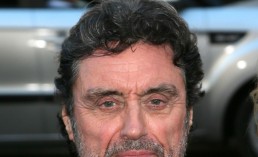 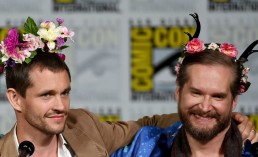 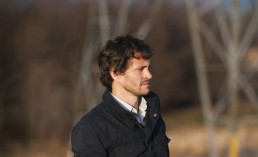