Vikings Norsemen are back in action.

The History Channel has yet to announce a premiere date for season 4B, but production is already underway for season 5. Alexander Ludwig (Bjorn) and Katheryn Winnick (Lagertha) are ready to take up arms once more.

The pair arrived back in Ireland in early June, and each posted updates from the set over the last few weeks. As Lagertha stands shoulder to shoulder with the residents of Kattegat, Bjorn is looking rabid with enemy blood streaking down his face.

Back at it #work #vikings pic.twitter.com/R937nFDHyR — Alexander Ludwig (@alexanderludwig) June 24, 2016

The tweets confirm the both mother and son will kick ass through season 4 and arrive safely on the other side. The same can be said of Rollo (Clive Standen), even if he won't crop back up until late in the fifth season.

"I've got a happy problem at the moment where I'm in two shows," Standen told Digital Spy. "I'm going to be doing Taken until October time and I'm going to pick up and re-join the Vikings team later on in season five. I'm going straight from Toronto back to Dublin, so it's a good problem to have!"

Ragnar's (Travis Fimmel) fate, however, remains unknown. With ten episodes left in season 4, it's impossible to tell what twists and turns will befall the Lothbroks ahead of the winter finale. As far as series creator Michael Hirst is concerned, there are infinite possibilities.

"By the time we finish shooting season five in a couple of weeks I'll have written 70 hours of Vikings, and I've not for a moment been lost for material or been scratching around for a storyline. There was no difficulty with the raw material because it's a very rich area of history. We're dealing with the explosion of the Vikings into western Europe, and onwards into Iceland and Greenland and the Mediterranean," Hirst told History Extra. "There's still a long way to go. Personally, I would like to carry on until the Vikings discover America. But that may be another story..."

Find out more when Vikings returns to the History Channel later this year. 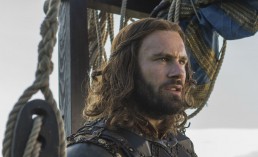 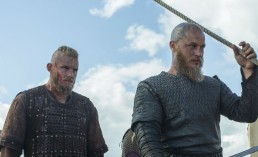 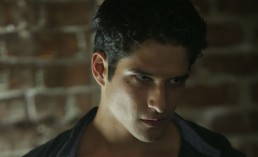