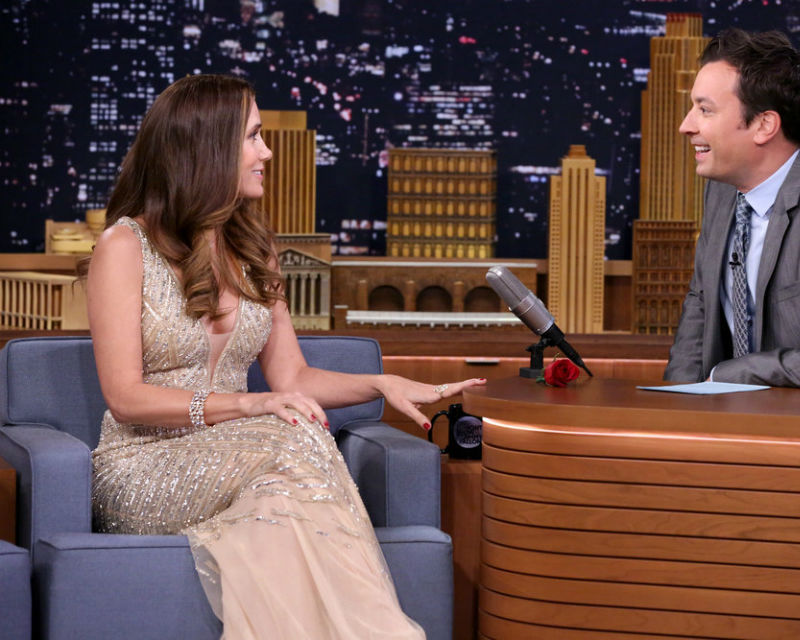 Jimmy Fallon and Kristen Wiig had the best time making fun of the current Bachelorette, JoJo Fletcher, and her picks for her final four during the actress' appearance on The Tonight Show.

Wiig impersonated Fletcher during her recent appearance and pretended to reveal what happened in the Fantasy Suites, and revealed "nicknames" she had for the final four men in addition to other things.

Watch the hilarious exchange below