More speculations have been revealed on who might compete for the crown on RuPaul's Drag Race Season 9.

On Sunday, a video was released with possible contestants being rumored to be on the new season based on Reddit discussions. While nothing is guaranteed, these are drag queens that fans might want to keep in mind until an official announcement happens.

Some of these queens are being speculated since they haven't been active on social media lately and haven't been seen at some of the shows they typically perform in.

There was another video with theories on who could be on the new season. Some others who are being rumored include Ariel Versace, Arabia Felix, April Showers, Cherri Baum, Farrah Moan, Hellvetika, Kimora Blac, Lola Lecroix, Logan Harcore, Lushious Massacr, Nebraska Thinderf-ck, Nina West, Porcelain, Phaedra Phaded, Pulp Friction, Ridge Gallager and Veronica Pop.

As of now, the drag performers who might be the most speculated include Farrah Moan, Nebraska Thinderf-ck and Kimora Blac since they were mentioned twice so far.

Fans can vote for who they would like to see on the new season at the link here. Right now, Willam Belli is taking the lead even though she was on the show before, but was eliminated out of nowhere.

The other performers with high votes are Porcelain, Vicky Vox, Echo, Mayhem Miller and Rhea Litre. Nebraska and Nina West are also doing pretty well on this list.

RuPaul's Drag Race Season 9 is expected to premiere next spring on Logo TV. 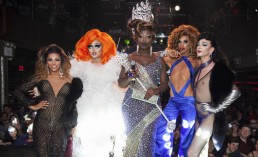 'RuPaul's Drag Race' Season 9 Premiere: Find Out Who's Being Speculated To Appear In New Competition [VIDEO] 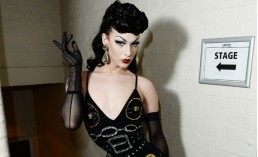 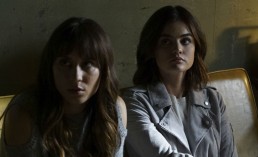 'Pretty Little Liars' Season 7: Finale Plot Revealed! Is Death In The Cards? Get The Scoop On 'The Darkest Knight' [VIDEO]