The show ended things on a big cliffhanger concerning the fate of one of the series' stars, but that storyline may never get to be lived out as new reports indicate that Devious Maids could be on the chopping block at Lifetime and will not receive a fifth season.

According to the Atlanta Journal-Constitution, the show's fate isn't one that is a sure thing, and it appears more likely than ever that the series could be canceled after ratings continued to slide for the show, a familiar thing that has happened during each season since it premiered in 2013.

While the first season saw an average of 2.5 million overnight viewers, season two saw 1.8 million as an average, and season three last year averaged 1.3 million, the recent fourth season, where Rosie (Dania Ramirez) tried to find out who really killed Peri (Mariana Klaveno) to save Spence (Grant Show), only averaged about 900,000.

Following the show being cut when it came to the order of episodes for season four-going from 13 in previous seasons down to 10 in the new one, it isn't necessarily a good sign for the show's fate coming into a potential renewal decision.

The show, one of only two scripted shows on Lifetime, also does not receive quite as much critical acclaim as it's fellow scripted series, Unreal, which follows the behind-the-scenes goings on at a fictional reality dating show. That show also had decreased numbers in its second season, and generally falls even lower on the ratings charts than Devious Maids, but the critical acclaim has given it a season three renewal already.

It is unclear what Lifetime is thinking in regards to the show's fate right now, and a decision isn't likely to be announced anytime soon, with the decision for season four not announced until late September last year. 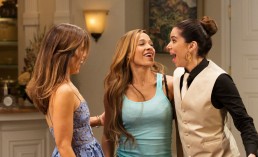 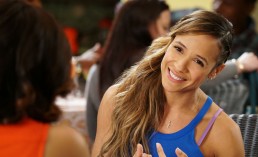 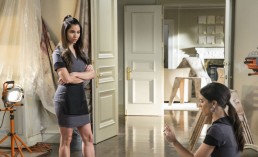