She's been having a hard time adjusting to the daughter she gave up years ago not only being in L.A. but also working for the Powells, and when she learns about Daniela's (Sol Rodriguez) other activities, Carmen (Roselyn Sanchez) will find herself torn between her instincts as a mom and her desire the keep the truth a secret on Devious Maids.

Daniela doesn't know that Carmen is her mother, and thinks they're cousins since that is what she was told her entire life, and now that she's in L.A. and Beverly Hills, she is doing whatever she can to take advantage of the situation she's been given and live it up. However, when her actions start to prove to be a bit risky, Carmen will lecture her, and when Daniela snaps back at her, she may decide to come clean to her daughter about who she really is.

"It's the boys, the drugs, the crashing cars," Carmen says to her in a preview clip for the Monday, June 20 episode.

"It is none of your business what I do, you're not my mom," Daniela replies.

Carmen could find herself tempted to tell Daniela the truth because she wants to protect her and keep her from making mistakes similar to ones she has made over the years, but knowing the consequences of keeping her away for years could also force her to remain quiet.

Meanwhile, Evelyn (Rebecca Wisocky) is learning the consequences of her own actions and decisions as well. After learning Adrian (Tom Irwin) was not in fact paralyzed, she became a social pariah when she confronted him at the Country Club about getting a divorce, but he successfully convinced everyone else he was paralyzed. Adrian told her he also would never give her a divorce because he wanted to work on their marriage, but she decided to leave anyway. Now though, she will quickly learn that he is willing to fight as dirty as necessary to try and convince her to come home.

"Mrs. Powell?" The manager of the hotel she's been staying at says to her in the clip. "The credit card we have for you has been declined." 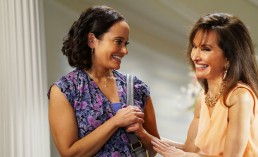 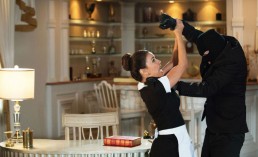 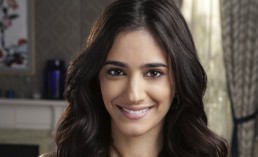