Sharna Burgess is set to return for the upcoming semifinals of Dancing With the Stars.

Burgess has been sitting out the past two weeks of Dancing With the Stars as she recovers from a knee injury. But now she is planning to return for Monday night's show, returning to dance with her celebrity partner, James Hinchcliffe.

"The last two weeks were really tough, but certainly worth the wait and getting healthy," Burgess told E! News in a new statement. "And now I can officially say I am back! I am feeling great and so excited to be back dancing with James this week! It has been amazing to watch him deliver such great performances these past two weeks, but I am so excited to be back in for the semi-finals and take James to the finale!!"

Hinchcliffe has been one of Burgess' most technically proficient celebrity partners in her career on Dancing With the Stars. His judges' scores have been consistently high from the start, making him a plausible contender for the Mirrorball trophy.

For the past two weeks, Hinchcliffe has been dancing with Jenna Johnson and hasn't really missed a beat, receiving his first perfect score of the season in Week 8.

Burgess was very close to performing with Hinchcliffe during this past Monday's performance but had to pull out at the last minute.

"It was a last-minute decision we made today on whether I was going to dance or not tonight," she explained, via People. "I prefer dancing with him, but I love watching him dance a lot. I was filled with pride. ... I just have to take it day by day and continue to make the right decision for my career," she said. "But it's really difficult. I love every single thing about this season with James. It's my favorite season and I don't want to miss out on any of it." 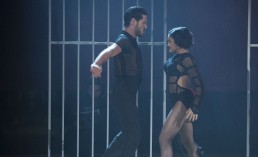 'Dancing With the Stars' Season 23: How Did Laurie Hernandez's Mom React To Sensual Tango? [VIDEO] 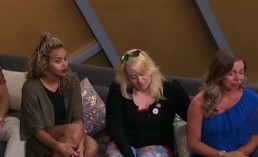 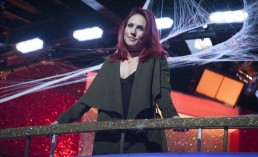 'Dancing With the Stars' Sharna Burgess: How Is James Hinchcliffe's Partner, Heading Into Final 5? [VIDEO]