Masi Oka joined the Hawaii Five-0 team as Dr. Max Bergman in series inaugural season in 2010 and was promoted to its regular in Season 2. 42-year-old actor has been a mainstay ever since and says goodbye to fans on Friday's episode (9 p.m. on Ch. 2).

The Japanese-born Oka talked to The Post about why he is leaving Hawaii Five-0 and his co-stars Alex O'Loughlin, Grace Park, Daniel Dae Kim and Scott Caan. He also shared what would be his next steps regarding his career.

When asked about the reason why he's leaving popular CBS show and does his feels that the character of Dr. Bergman "ran his course," he responded that he was very fortunate to be a part of such a great series for seven seasons. Oka added that Hawaii Five-0 lasted longer than his previous project and he is so proud about that.

The actor shared that he feels that Dr. Bergman reached a natural arc in his storyline. He started his family and went to new adventures in Africa. So, Masi felt it was the time for him to experience a new adventure too.

Without trying to spoil anything, he reviled that his character's storyline will not be wrapped up and the door will be left open for a possible intermittent return as hi will be always available to help his Five-0 team and can be reached by e-mail anytime.

Masi Oka also shared that he had many nice moments during shooting but he would say the first days on set will always be memorable to him. He remembers that he hasn't been able to get through the work day because Grace, Daniel and he were always laughing.

After admitting that he would like to visit Hawaii just for pleasure since his schedule was thigh and he was commuting there 18 times a year and often stayed less than 24 hours. He would like to stay longer there and enjoy on the island.

As for his future career plans, Japanese-born actor said reviled that he loves TV and movies and they would definitely be part of his future plans. He's doing a lot of different stuff behind the scenes. Oka has interests outside of the entertainment industry a well, so he will do his best to balance everything.

He is currently working at Mobius Digital on an award-winning game Outer Wilds right now and he's very excited to get that released later this year.

Masi Oka will say goodbye to Hawaii Five-O fans on Friday's episode at 9 p.m. on Ch. 2. 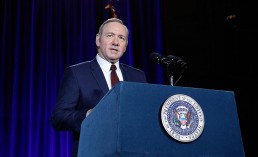