USA Network's legal drama,"Suits," is already beyond halfway of its sixth season as it it set to air its twelfth episode tomorrow. Several spoilers and speculations regarding on the possible events that are going to be featured on the upcoming episode are rapidly showing online.

The previous episode for "Suits" Season 6, aired last week, with the title "She's Gone", showed how Harvey Specter (Gabriel Macht) viewed his relationship with the people around him, especially on his work and his close confidante, Donna Paulsen (Sarah Rafferty).

According to a report from Forbes, some of the scenarios involving Harvey may be found infuriating by the fans and viewers of "Suits" Season 6. The previous episode also featured the lawyer's relationship with his mothere and how it is going to affect the remaining episodes for the rest of the season.

Following this, the upcoming Episode 12 of "Suits" Season 6 is going to highlight more of Harvey's broken relationship with his mother. When Harvey lashes out on his colleague at Pearson Hardman, Louis Litt (Rick Hoffman), Donna immediately realized that there is a bigger reason why he was acting that way.

It can be recalled that Harvey started to grow distance from his mother on the previous seasons of "Suits", when he found out she was cheating on his father when he was just a teenager. One the past episode last week, Donna told Harvey to take some time to fix things with his mother.

The official promo released by the network also said about Harvey visiting his mother for the first time, but he is not going to be warmly welcomed by his family members. It has been speculated that this event could be a turning point of what might happen on the plot line for few episodes left for "Suits" Season 6.

Moreover, according to a report from TV Line, the series' executive producer, Aaron Korsh, revealed that "Suits" Season 6 Episode 12 is going to contain some flashbacks to highlight more of the dramatic event between Harvey and his mother. "Episode 12 is a flashback episode combined with a present-day episode where he goes to see his mom", Korsh revealed. "Suits" Season 6 Episode 12, "The Painting", airs on February 1, 2017 on USA Network. 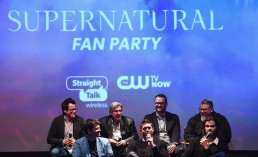 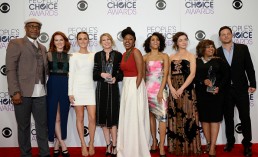 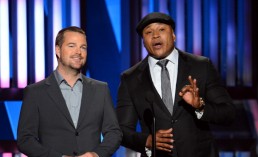