CBS network's action thriller crime drama, "Criminal Minds", is a few hours away from airing the eleventh episode of season 12. Fans and viewers surely can't wait to see the upcoming events that will occur on the episode, especially now that it has been reported that there will be a shocking revelation.

The most recent episode of "Criminal Minds" season 12, aired last month, featured a series of home invasions in the neighborhood of San Diego, where it was suspected by the BAU that the responsible party were a bunch of thrill-seeking gang of young adults. Reportedly, on the upcoming episode, the case the team is going to face gets more interesting.

Furthermore, the flow of the series for "Criminal Minds" season 12 part 2 is apparently going to be slightly different from the other episodes, according to a report from TV Line. The upcoming episodes will now include some serialized stories that fans may find interesting too.

Additionally, aside from the episode focusing on Spencer Reid, portrayed by Matthew Gray Gubler and his mother with the Alzheimer's disease, it was also revealed that the second part of "Criminal Minds" season 12 will be featuring a character that the viewers and fans might find familiar.

A serial killer from BAU will apparently come back on "Criminal Minds" season 12 to add to the intensified plot line of the series. Executive producer, Erica Messer, revealed during an interview, that this will add to the excitement of the planned flow of the season, especially now that the series is already beyond halfway through the season.

A report from Entertainment Weekly also mentioned Messer hinting about a revelation on "Criminal Minds" season 12 that fans will not expect. As per the source, one character is reportedly going to be exposed from his or her past personal history that can basically affect his performance as a professional.

The producer additionally said that they have been preparing for this since day one of "Criminal Minds" and assured that the series gets impressive with every episode it will air for this year. 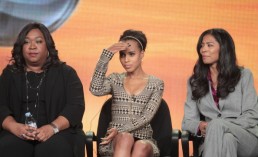 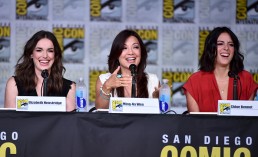 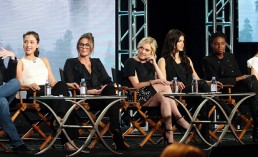 "The 100" Season 4 Spoilers: Heroes Will Be Facing Their Greatest Enemy Yet; Series' Creator Revealed Terrible Events To Happen [VIDEO]