Fans of "The Young and the Restless" this week can watch out for Chelsea (Melissa Claire Egan) and Nick (Joshua Morrow) getting into a closer bond. Following Valentine's Day dinner and a busy night in the bar at The Underground, the pair will finally understand their bond.

The couple in "The Young and the Restless" cannot control feelings and share a kiss, according to Soaps. Understanding that they are a special pair, they will permit themselves to move forward.

"The Young and the Restless" characters Chelsea and Nick are committed parents of Conner and Christian. As one widow and one widower couple, they throw themselves into a strange situation, having both lost a spouse each, which has only brought them closer. With growing emotion, it is expected that both of them will get married soon. In a revealing scene, Nick bumped into Chelsea modeling, wearing a wedding gown as well as a veil, according to Soapcentral.

The character Victor (Eric Braeden) in "The Young and the Restless" is expected to help the characters Chelsea and Nick to complete some documentation work. Chelsea's husband, Adam Newman, a role essayed by "This is Us" star Justin Hartley, is said to be "legally dead." This opens the way for the wedding of Adam's brother Nick and his wife Chelsea!

However, that automatically means that Adam will suddenly return in "The Young and the Restless." He will chance upon the sudden wedding of his brother and wife! So things are pretty drastic for all three characters in "The Young and the Restless." Adam, who was trying to work out his life and balance things in his home during his prison sentence, had asked Nick to look after Adam's son as his own. But he had never envisaged that Nick would supplant his role as Chelsea's husband! It has been a most unexpected development for the couple in Genoa City. 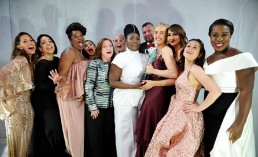 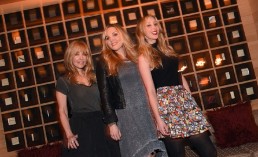 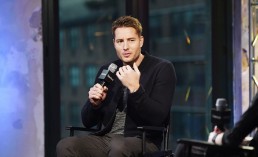 "This Is Us": Justine Hartley Admits His Role As Kevin Is Slow But Moving Right