"Grey's Anatomy" Season 13 Episode 15 is titled "Civil War" but it will not be just about strife. Amelia and Owen would finally deal with their emotions as the former realizes her feelings for him. Also, Meredith finds herself caught between Nathan and Alex over a patient.

"Grey's Anatomy" Season 13 Episode 15 would not air this week but when it does, it will be a treat for fans of Amelia and Owen as their love story would finally take off, Carter Matt reported. She will finally face her feelings about Owen and fans can rest assured that things will move into the romantic zone.

According to the synopsis of "Civil War," "Grey's Anatomy" Season 13, Episode 15 will see Richard, April, Catherine, and Jackson deal with a tough case at the hospital which is further intensified by internal politics. And, Meredith will see herself getting caught between Nathan and Alex over a patient.

No wonder "Grey's Anatomy" Season 13 Episode 15 has been named "Civil War." However, it also has its share of softness and it will come out in the form of Amelia and Owen's romance, which has been a much-awaited development for a long time. Fans of the pair have been looking forward to their union for long but Caterina Scorsone's pregnancy had delayed the development.

In related news, "Grey's Anatomy" Season 13 Episode 14 was a mixed bag. According to A.V. Club, it was a string of good and bad news. Alex returned to the hospital but had to do resident work. Bailey tried to coerce Meredith to come back but it was only after Richard convinced her that she agreed. Jo and Alex found themselves caught in a dilemma when it came to the kidney transplant of a patient.

Well, "Grey's Anatomy" Season 13 Episode 15 would not be bereft of troubles for the Grey Sloan doctors. Nevertheless, it would be a soothing sight to see Amelia own her feelings for Owen. Viewers have been yearning for this love story for a long time and also hoping for it to turn into a significant arc. 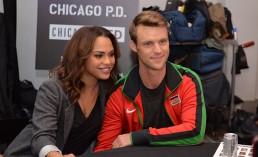 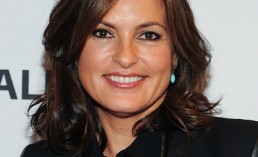 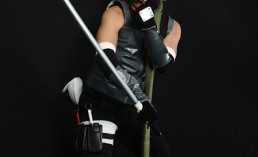