Freeform's mystery-thriller teen drama, "Pretty Little Liars", or "PLL", is, unfortunately, ending this year. The television series, which is currently on its seventh and final season, is expected to have its finale episode a few months from now. However, a spin-off is reportedly in the works, so this might be a good news for fans.

"Pretty Little Liars" aired its most recent episode from its season 7 in August last year, so it is understandable that the series is one of those that are highly anticipated to return on televisions. The previous episode showed some cliffhanging scenarios on the closing part, involving the main characters, Aria (Lucy Hale), Spencer (Troian Bellisario), Hanna (Ashley Benson), and Emily (Shay Mitchell).

Also involved in the last scenario of the previous episode of "Pretty Little Liars" season 7 is Jenna Marshall (Tammin Sursok) and Mary Drake (Andrea Parker). It can be remembered that Jenna had shot the Liars, which subsequently took the hit to Spencer, and Jenna was about to kill her when Mary Drake came and knocked her out, revealing afterward that she is Spencer's biological mother.

The next upcoming episodes of "Pretty Little Liars" will show how the events will turn out and will pick up from the previous scenario. Now, even though it has been confirmed that this current season is the series' last, viewers are still positive that they will still see their favorite characters through a reported spin-off series.

According to Teen Vogue, "Pretty Little Liars" showrunner I. Marlene King has been cooking up another series titled "The Perfectionists" to the Freeform network. Aside from this, the source reported that on that new project, King is also teaming up with Sara Shepard, the series' book author.

From this, it was speculated that the new series will be a spin-off to "Pretty Little Liars" as it was also reportedly evident that I. Marlene King had a hesitation saying farewell to the series before. Fans and viewers also speculate that a crossover might happen on the finale episode of "PLL" that would bring the viewers to the premiere episode of "The Perfectionists."

Meanwhile, according to TV Guide, the actors and crew of "Pretty Little Liars" season 7 has already wrapped up what is left for the final season. Actress Shay Mitchell, who portrays one of the Liars, Emily, revealed that the last days of shooting the series were filled with emotions.

She mentioned that her all her makeup got worn off because of crying on the set while saying goodbye to her co-stars, especially her fellow Liars whom she already treat as sisters. Sasha Pieterse, who plays Alison DiLaurentis, said that in the eight whole years that they have been together, they have already treated each other as family, so it was really hard to say goodbye. 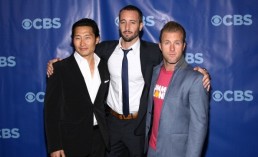 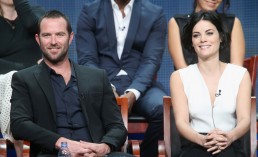 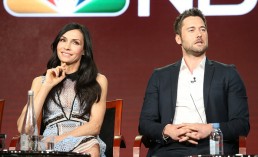