Even if there is an ongoing New York Fashion Week, still some models and known personalities across the globe are making names in their respective fashion collaborations like Kendall Jenner and The Weeknd. Latest reports suggested that the supermodel was just named as the new collaborator for a jewelry brand while the singer just collaborated with H&M.

Lately, Kendall just revealed her new ad campaign and some of her fans wondered if this was another sort of her new collaboration with another fashion brand. Even if she is not walking runways most of the times across the globe, her schedule is always jam-packed. With this, PEOPLE reported that she was just named as the creative collaborator for the jewelry brand "Ippolita".

Jenner showed some moody campaign photos which were shot by Ryan McGinley and she can be seen modeling the new necklaces and rings of the said brand. Apart from modeling, Kendall was also very much involved in the styling and concept of the selection of the jewelry behind the shoot. Like in her own selfie which she posted on her Instagram account, she models pieces from Ippolita's Cherish Collection which also includes rings starting at $95.

Meanwhile, The Weeknd has another clothing collection for his fans and for all men looking forwards for new fashion and style. It can be recalled that he just unveiled his new collection for Puma last August and now, he is back with a new collaboration with H&M. It was then reported that he is collaborating with the said retailer for an 18-piece collection of fall essentials.

It was also added by Mail Online that The Weeknd's fall collection will be made available in H&M stores starting September 28. Even if the details are limited at this moment, consumers can already expect to have the maroon varsity jacket which he wears in the campaign of the said collection.

Besides Kendall and The Weeknd, Karlie Kloss and Christy Turlington Burns are said to be expanding their modeling career by doing other initiatives. It was claimed that the modeling mentor and mentee duo have started their empowering and charitable initiatives outside the modeling world. 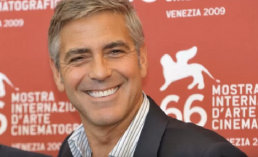 George Clooney Opens Up About The Personalities Of Their Twins; Shares Running For President 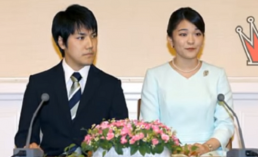