Celebrity chef Mario Batali has officially been canned from ABC culinary show, The Chew. Batali was one of the show's founding co-hosts.

ABC sent out a statement on Dec. 14 to confirm that Batali was ex-communicated from the network.

"Upon completing its review into the allegations made against Mario Batali, ABC has terminated its relationship with him, and he will no longer appear on The Chew," said an ABC spokesperson.

The ABC spokesperson added that while it did not receive any reports regarding inappropriate behavior involving him or anyone affiliated with the Emmy-winning talk show, they stated that Batali's past behavior violated the company's conduct standards.

Batali's eviction from The Chew is the latest chapter of his sudden fall from grace. The former Iron Chef was initially asked by ABC to temporarily step away from the culinary lifestyle show after several women came forward with sexual misconduct allegations.

Several women claimed that Batali along with friend and restaurateur Ken Friedman allegedly groped and raped women at a "rape room" at Friedman's restaurant, The Spotted Pig. Employees who had terrible encounters with the former co-host of The Chew nicknamed him "The Red Menace."

Batali also stepped away from his company Batali and Bastianich, a culinary lifestyle organization that he shares with fellow culinary icon Joe Bastianich.

"We take these allegations very seriously," said a Batali and Bastianich representative. "We have strong policies that address sexual harassment. We train employees in these policies, and we enforce them, up to and including termination."

Eataly, an Italian restaurant chain that is owned by Batali, Bastianich, and famed culinary chef Lidia Bastianich, has already removed several of Batali's products from its facilities. The products include olive oil, sauces, pasta, and cookbooks.

Baking and 'The Chew'

Batali was not the only celebrity chef that ABC terminated this week. The network fired The Great American Baking Show judge Johnny Iuzzini in the wake of sexual allegations made against him. It also shelved the series' remaining episodes.

Batali's termination will leave the ABC daytime show with only three of its original co-hosts: Clinton Kelly, Carla Hall, and Michael Symon. Batali, Kelly, Hall, Symon, and original co-host Daphne Oz won an Emmy in 2015 for Outstanding Informative Talk Show Host. The network has not announced if they are going to replace Batali. 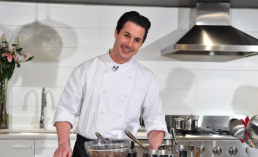 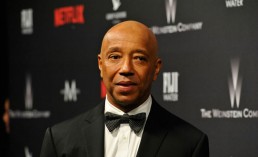 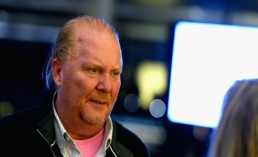