Lifetime has announced that it's prepping for a TV movie based on Prince Harry and Meghan Markle's love story.

To be called Harry & Meghan: The Royal Story, it will chronicle the relationship between the two, beginning from the moment they met to their courtship and down to everything in between, including the intense media attention surrounding their love story.

The TV movie has not been tied to a premiere date but William & Kate: The Movie, which was also aired by Lifetime, was released 11 days before Prince William and Kate Middleton got married. As Prince Harry and Meghan Markle's wedding has been set for May 19, a premiere date sometime early May may be expected.

Casting is underway for Harry & Meghan but Menhaj Huda will be directing, working from a script penned by Scarlett Lacey. Michele Weiss and Meredith Finn are also attached as executive producers. Last year, Huda also directed an episode of The Royals for E!, giving him experience handling stories about UK's royalty.

Prince Harry and Meghan Markle met in July 2016 after being set up on a blind date by a friend. After a few weeks, they went to Botswana, where their relationship truly took off.

However, the two kept mum about dating until the Kensington Palace released a statement in November confirming they were together. First photos of the couple surfaced in December 2016, as they were snapped holding hands while in London.

A few more months of dating passed, with Markle opening up about the relationship as Vanity Fair's October 2017 cover until the actress quit Suits, flew to London, and moved into Kensington Palace to be with Harry. Then on Nov. 27, their engagement was officially announced.

After spending the holidays together, Prince Harry and Meghan Markle stepped out on Jan. 9 for their first royal engagement of the year: visiting Reprezent 107.3 FM, a community radio station. A crowd formed in Brixton for the couple's visit, which involved a lot of smiling, waving, and even shaking hands with well-wishers.

At the radio station, Prince Harry and Meghan Markle met with volunteers and members of the youth working at Reprezent, which is supported by one of the charities Prince Harry and the Duke and Duchess of Cambridge are part of. When Markle weds Harry in May, she will also be a part of the charitable organization.

"The Reprezent training program was established in 2008 in response to an alarming rise in knife crime, to help young people develop and socialize through radio," explained the Kensington Palace in a tweet.

The visit to the radio station is Harry and Meghan's second public appearance since they were engaged. 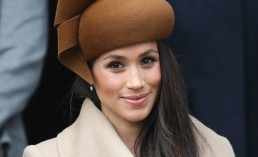 Meghan Markle Continues To Rewrite The Rules: Wants Her Mom To Walk Her Down The Aisle 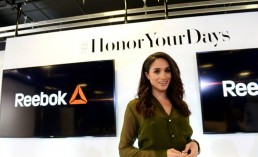 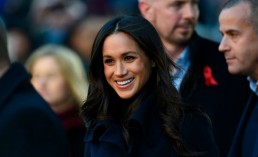