Blake Shelton and network executives of The Voice are reportedly at odds due to their failure to bring his girlfriend, Gwen Stefani, back to the show for season 14.

According to a new report, bad blood is lingering on the set of the NBC singing competition, and soon, Shelton may decide that his time on the show has come to an end.

On the heels of rumors suggesting that both Shelton and his friend and costar Adam Levine are considering leaving the show after season 14 comes to a close, a report claims that while NBC had previously thought they could cash in on Shelton and Stefani's love affair, they have since had a change of heart.

“Producers felt really shafted because they were told to bring the love, and instead they were unaffectionate,” an insider explained to Radar Online, suggesting that Shelton and Stefani didn't expose enough of their relationship for NBC to continue having Stefani return.

“They did one duet together the whole season, and seemed to be more jealous than in love with each other,” the insider continued.

Stefani and Shelton first starred alongside each other during The Voice season 7 but didn't fall in love until season 9 after they both split from former spouses Gavin Rossdale and Miranda Lambert. Since then, the couple's relationship has been seen during season 10, when they performed "Go Ahead and Break My Heart," and during season 12, when they appeared together as coaches.

After season 12, things between Shelton and network executives reportedly became strained as they announced that Stefani would once again be leaving the show to make room for new coach Jennifer Hudson during season 13. Months later, it was again announced that Stefani wouldn't be a part of the show. Instead, Kelly Clarkson had been added and would be appearing on the show's 14th season.

“Blake threw a fit when he found out that Gwen was not going to return and that she was replaced by Miley,” the source said, and he's "been super resentful ever since.”

The Radar Online report went on to reveal that Shelton was never a fan of Hudson, and during production on season 13, the two singers reportedly feuded frequently with each other.

Blake Shelton, Adam Levine, Kelly Clarkson, and Alicia Keys, will return to NBC for The Voice season 14 on Monday, Feb. 26 at 8 p.m. on NBC. 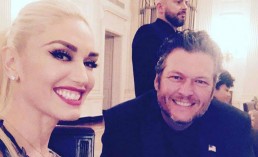 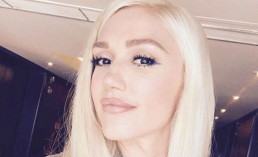