The Winter Olympic Games attract billions of viewers around the world. With countless eyes watching the games, each commentator must step up to the plate.

Katie Couric returned to NBC to help the broadcast news network cover the Olympics in Pyeongchang, South Korea. She joined former ESPN announcer Mike Tirico as they anchored the American coverage of the opening ceremony on Feb. 9. Deadline reported that the critics loved the duo and thought that they did an incredible job with the opening ceremony.

During the opening ceremony, Couric had the opportunity to introduce the Netherlands team and she shared an interesting tidbit to the American audience regarding the Netherlands and how the country is good at speedskating.

"As you all know, it [The Netherlands] has lots of canals that can freeze in the winter. So for as long as those canals have existed, the Dutch have skated on them to get from place to place, to each other, and also to have fun," Couric told the audience on Friday evening.

Once Couric announced that surprising commentary, countless people with Dutch heritage took to social media to jeer and criticize the former Today anchor.

"Dear Katie Couric, the Dutch do NOT skate to work. Skating on clogs is too hard, even for us," wrote one Twitter user.

Others used photos of Dutch skaters to troll the television personality. However, USA Today found that one Dutch fan used a map of the Netherlands as he roasted the former CBS Evening News anchor.

On Couric's own Twitter account, many fans also stated to the television host that they were unhappy with Couric and Tricio's commentary.

"You talked too much through the entire opening presentation! Instead of letting us enjoy the imagery and music, you had to explain everything and ruined the experience. As if we couldn't figure it all out ourselves?! #FAIL #OpeningCeremony," wrote another Twitter user.

Couric was not the only NBC employee who was under severe scrutiny for their coverage of the Winter Olympics. USA Today reported that NBC Sports analyst Joshua Cooper Ramo was terminated following a controversial remark regarding the complicated relationship Korea had with Japan. After the network fired Ramo, NBC apologized to its host country for airing potential damaging misinformation.

Couric Before The Olympics

Before Couric returned to NBC and assisted them with their Winter Olympics coverage, Couric made headlines on her own.

In January, Couric interviewed Amy Schumer for her successful podcast. The comedian not only defended Aziz Ansari from his sexual misconduct allegations but also revealed she was "flat-out raped" as a teenager.

Couric also broke her silence regarding the Matt Lauer sexual misconduct scandal. Lauer's longtime partner-in-crime told People Magazine that the Lauer that was terminated from NBC News was not the Matt she knew for years. 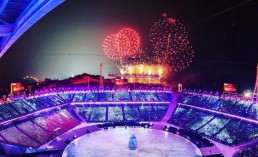 The 2018 Winter Olympics Ceremony Opens With A Lights Show, 'Gangnam Style,' and More! 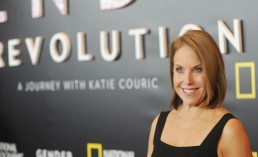 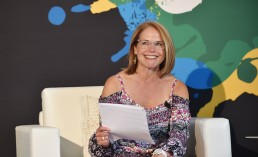