Walking Dead actress Danai Gurira talks about her reaction to that big Carl reveal and suffice to say, she was as devastated as everyone else.

The revelation that the beloved young character had been bitten by a zombie and therefore, likely wouldn't be surviving much longer, was a major blow to fans of the long-running show. The big moment came at the close of the Season 8 midseason finale, leaving fans chomping at the bit to find out what happened when the show returns later this month.

Showrunner Scott Gimple already confirmed that he had a difficult time with losing Carl, who is played by 18-year-old Chandler Riggs.

Now, costar Danai Gurira, who plays Michonne on The Walking Dead, has echoed her sentiments.

"I got a little depressed for a while. Straight up. You're in the story. You're in it, and you're also in a family. It was hard," admitted Gurira.

Michonne shared a tight bond with Carl, standing as his surrogate mother of sorts, as the two essentially fought to survive together. Gurira is heartbroken for her character to lose that close-knit relationship.

"Carl and Chandler are a blessing to Michonne and to Danai, you know what I mean? I adore Chandler, and [for] Michonne, Carl is her healer. Everything she and Rick do is to protect Carl, so this is kind of the worst nightmare realized for him to reveal [the bite] at the end of the last episode," Gurira said.

Of course, Carl hasn't bowed out of the blockbuster show just yet. Fans will have a chance to see the character one last time when the next episode airs, even if it's just to say a proper goodbye to him.

Carving Their Own Path

The shocking reveal solidifies the show's very deliberate move away from the comics on which it's based. In the long-running graphic novels, Carl is still alive, which means there's a potential for more big shocks along the way. The show returns to the small screens on Feb. 25 at 9 p.m. on AMC.

Teenage actor Riggs shouldn't be lacking in jobs, as he already has a couple movies in the pipeline to bridge the gap after Walking Dead. However, it's Gurira whose career trajectory is a major talking point at the moment, thanks to her involvement in Black Panther.

The latest Marvel movie, its first with an African-American hero front and center along with a mostly black cast, is being heralded as one of the studio's best and most exciting releases yet.

Gurira, meanwhile, has been labeled the film's MVP as the kick-ass General Okoye, the closest and most trusted advisor to Chadwick Boseman's titular hero, and the newly crowned King of Wakanda. 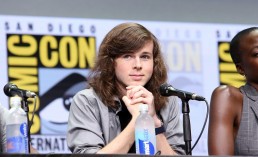 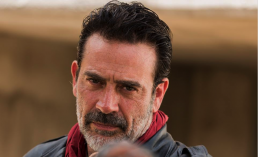 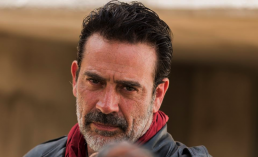