Jessica Capshaw's final day on Grey's Anatomy as Dr. Arizona Robbins is fast approaching, and she can't help but reminisce.

Looking Back With Love

The 41-year-old portrayed Dr. Robbins from season 5 onwards. She shared an Instagram story on Tuesday to mark her last day on the soundstages, where the show is predominantly shot, in Los Angeles. Capshaw has been with the show for ten years.

Capshaw also took to Twitter on Tuesday to share her emotional last drive from her house to the studio.

Last drive from home to the studios this morning...TEN YEARS of commuting to reflect upon in 35 mins...wooaaahhh...— Jessica Capshaw (@JessicaCapshaw) April 10, 2018

Finally, the actress posted an Instagram photo looking forward to the blue skies ahead. Back in March, Capshaw and fellow longtime cast-member Sarah Drew confirmed that they would be leaving the ABC medical drama at the beginning of its 14th season. Fans will have to wait and see how the show writes out their characters. Capshaw also took to Twitter in the wake of the announcement to thank her followers for their ongoing support over the past decade.

Drew, meanwhile, took to social media to admit that she wasn't expecting to be let go from the show and that the decision had hurt her just as much as the fans.

"I know you're sad. I'm sad too. ... I love you, and I love April, and her story isn't over yet. And the really good news (for me, at least) is that I'm here on set shadowing one of my favorite people, Kevin McKidd, with my beloved Grey's family all this week and next," she wrote at the time.

Drew plays Dr. April Kepner and has been on the show since its sixth season.

Grateful For Their Contributions

Co-showrunner and executive producer Krista Vernoff gushed about the two women's contribution to the show in a lengthy statement at the time.

"The characters of Arizona and April are permanently woven into the fabric of Grey's Anatomy thanks to the extraordinary work of Jessica Capshaw and Sarah Drew. ... It has been a joy and a privilege to work with these phenomenally talented actresses," she gushed.

Shonda Rhimes, creator and fellow exec-producer, added that both characters were iconic in their own ways, thanks to the lack of LGBTQ and Christian representation on television.

"I will be forever grateful to both Jessica and Sarah for bringing these characters to life with such vibrant performance and for inspiring women around the globe," she said. 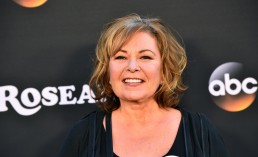 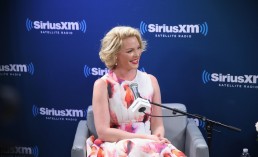 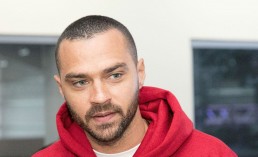