Roseanne fans rejoice! The revival is set to extend its run on television with ABC quickly renewing the show for a second season.

Roseanne Gets A Season 2

According to a report from Deadline, the ABC order for a new season consists of 13 episodes. This makes it longer than the current season, which only received a nine-episode order.

You asked for it! #Roseanne is getting another season! pic.twitter.com/1hpXx54jhI — Roseanne on ABC (@RoseanneOnABC) March 30, 2018

The original show, which debuted in 1988, ran for nine seasons in the same network.

"We're thrilled that America has welcomed the Conner family back into their homes," Channing Dungey, president of ABC Entertainment, says in a statement. "The show is as fresh and relevant today as it was when it left the air 21 years ago. We can't wait to see what the Roseanne team has in store for next year."

The show's titular character, Roseanne Barr, also took to Twitter to announce the good news to her followers and express her gratitude.

"I just got the call - thank you ABC!" she wrote. "Thank you, Roseanne Show family (including fans). B'aruch Hashem. #DAYENU"

A Rousing Success: Why?

ABC's immediate renewal is not so surprising, considering the critical and audience success of the first episode of the revival season. The new Roseanne pilot raked in 18.2 million viewers in Live + Same Day ratings. Within one day of Nielsen's delayed viewing, the total viewer count increased to over 21 million.

It seems the executives were only waiting for a positive reception from the public, especially since, like the original, the Roseanne revival tackles subjects close to the heart of real families such as economic struggles of the working class and varying political views.

Needless to say, the show is not without controversy, especially with the titular character — like Barr herself — being a staunch supporter of President Donald Trump. The character's sister, Jackie, is a liberal.

Dungey tells New York Times that ABC executives really wanted to pursue an unrepresented part of America, an audience that is often overlooked.

"We had spent a lot of time looking for diverse voices in terms of people of color and people from different religions and even people with a different perspective on gender," she explains. "But we had not been thinking nearly enough about economic diversity and some of the other cultural divisions within our own country. That's been something we've been really looking at with eyes open since that time."

She continues saying that a number of the network's shows — Grey's Anatomy, Black-ish, and Modern Family — are noticeably diverse, but still targets a demographic that is upper-class.

Roseanne made its name in the 80s and 90s as an honest portrayal of a working class family, its humor often grounded in reality as the Conners struggle to make ends meet. With the character Roseanne's political stance, it also taps the more conservative viewers.

The president even reached out to Barr in a call to congratulate her on the show's success.

"The show doesn't advocate for Trump voters, but it respects them," Alex Castellanos, a veteran Florida-based Republican strategist, says. "Apparently, this is still news to people in the entertainment business, that there is an American working class." 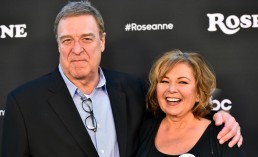 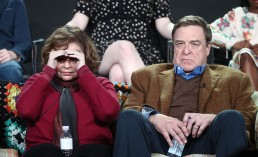 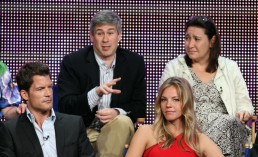 Reboot With A Twist: 'Party Of Five' Lands At Freeform With Original Creators