The family of the late Ron Goldman is not happy with FX's American Crime Story: The People v. O.J. Simpson.

The murders of Goldman and Nicole Brown Simpson captivated the nation in the '90s, and now it's happening all over again this year. The FX miniseries recounts the trial of O.J. Simpson from both sides, but the family of Goldman believes the show has not devoted enough time to the murder victims.

Kim and Fred Goldman, Ron's sister and father, respectively, appeared on The Steve Harvey Show recently and discussed their grievances with the miniseries.

"Ron and Nicole appeared as dead bodies in the beginning and that's it," Fred said. "So far there's not been a mention of them again, and I suspect that's the way it'll continue. There's going to be a whole generation of people who never knew anything about this trial that will see this series and take it as gospel, when in fact it won't be and isn't."

Yet, there is one scene in episode 4, "100% Not Guilty," that features Fred (played by Joseph Siravo) telling the prosecution that his son is being ignored by the media.

Regardless, Kim is not a big fan of how this trial is being consumed as entertainment now in 2016.

"I don't know what the probative value is of the show—it's everywhere all over again and people are all, 'Oh, the acting is riveting and this is such a great plot line,' and I'm thinking these are murders," Kim said. "It's very confusing to us because this is not entertainment... This show just kind of ripped the Band-Aid right back off, poured gallons of salt in it. They're going to leave the Band-Aid off and leave us to be and I think it's really insensitive to not have considered the families at all throughout this process."

It remains to be seen if the Goldmans will receive any focus in the final four episodes of the miniseries, though it has mostly focused on the Simpsons thus far, as Kim observed. 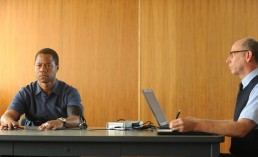 'The People vs OJ Simpson' News: Mark Fuhrman Is 'Angry and Bitter' About 'American Crime Story' 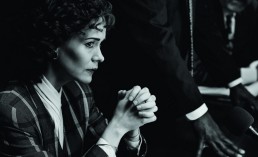 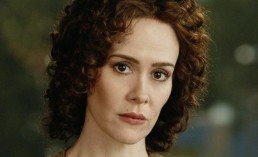