Cardi B and MariahLynn seemed to have been building a friendship on both of their first season on VH1’s Love & Hip Hop New York, and now the ladies are teaming up against BBOD on the first look at the upcoming reunion special.

It all starts when the drama between MariahLynn, Miss Moe Money and Cisco Rosada becomes a topic of conversation. Moe and Cisco were dating when he started hooking up with MariahLynn.

Moe confesses she was upset even though she and Cisco weren’t really serious. But Cisco said that she knew what was up the whole time.

MariahLynn then reveals that she had an issue with Moe because Moe didn’t want Cisco to work with anyone else.

That’s when Cardi B jumps in and claims that Moe thought she could intimidate MariahLynn “Because she weighs like 100 pounds.”

Cardi B then threatens to “find,” BBOD when Lexxy chimes into the screaming match too.

Lexxy makes it clear, “I’m not getting out of my character.”

Moe tells Lexxy, “We not doin this today,” while Lexxy said she believes no one likes BBOD.

MariahLynn brings up a previous scene when Moe threatens to “blow” her away.

Lexxy and MariahLynn then both stand up and appear to get ready to square off while their co-stars look on from their seats.

See it below and catch part one of the highly anticipated reunion Monday at 8/7c on VH1. 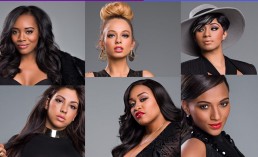 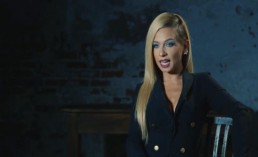