One of the stars of Nashville gave insight on what's next when the fourth season ends.

There is still no word if the ABC series will be renewed for a fifth season or not. And, according to actress Connie Britton who plays Rayna, no one really seems to know yet.

"I don't know," Britton told Wednesday's report of The Hollywood Reporter. "It's always so hard to know what's going to be the future. Those things are so completely out of our hands, so I always just wait to hear."

The site pointed out how some shows tend to wrap things up after announcing a final season and wondered if there's been any speculation on doing that for the country drama. Britton mentioned that she hasn't heard of that happening at this point in time.

"I don't feel like I'm ever privy to these conversations," the actress said. "But as far as I know, there hasn't been any conversation like that."

With Rayna and Deacon's relationship going back and forth over the years, Britton opened up on how this differs from Rayna's relationship with Teddy in the beginning.

"To some degree, her marriage to Teddy was a way of trying to cut herself off from her feelings for Deacon, so I think she only learned from her past marriage," Britton said. "I think she learned from almost marrying Luke Wheeler. And I think those things all sort of helped her to get to this place where she's like, 'You know, I'm just going to do what I probably wanted to do my whole life.'"

Nashville airs on Wednesdays at 10 p.m. ET on ABC. 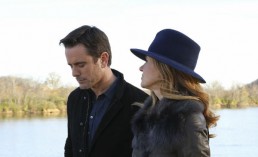 'Nashville' Season 4 Spoilers: Is Deacon About To Go Missing Before The Wedding? [VIDEO] 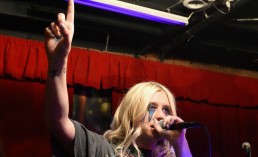 'Nashville' Season 4 Spoilers: Kesha Set To Make Cameo On Series, Who Else Will Appear? [VIDEO]