The younger sister of Mary-Kate and Ashley Olsen addressed rumors that she was offered to play her siblings' iconic characters on Fuller House.

Fans were disappointed upon finding out that the Olsen twins didn't make an appearance on the Netflix series based on the classic sitcom Full House. Mary-Kate and Ashley played the younger sister Michelle Tanner when they were babies up until they were older kids, but as they got older, their reputation as actors gradually slipped away as they stepped into the world of fashion.

And while every other character returned for the Netflix revival, the Olsen twins are the only ones who didn't show up. But was there a chance that their other sister Elizabeth Olsen could've played the part?

On Tuesday, E! News posted a brief interview with Elizabeth at the premiere for her new film I Saw the Light where the topic got brought up. When she was asked if she watched Fuller House or not, she said she just watched the first episode and it was "great."

But as for speculation if she was offered the part of Michelle, Elizabeth gave the impression that that never came about.

"If I did, I'm pretty sure no one on my team heard it," she said. "I don't know where that started."

When Elizabeth was told that producer Jeff Franklin started that rumor, she said she couldn't say anything bad about him because he's known her since she was a baby.

As for the chances of any of the Olsen girls making an appearance on Fuller House in the second season, only time will tell if any of them take it into consideration. 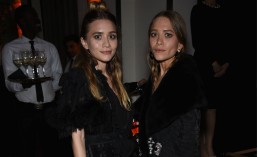 Mary-Kate And Ashley Olsen 2016: Producer Explains Twins' Reason For Not Appearing On 'Fuller House,' 'Timing Is So Bad' [VIDEO] 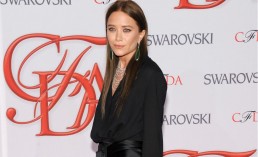 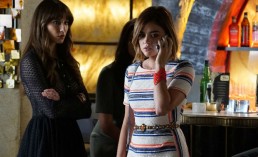