It's the role that brought him international fame while also kick-starting his Hollywood career, but will it also be the one to destroy him too? That's what fans can't help but wonder as there's a new rumor that says Jamie Dornan might be replaced in his role of Christian Grey in the upcoming sequel 50 Shades Darker all because he simply can't get into the role.

According to the Inquistr on Wednesday, producers are worried that the sequel to the 2015 smash hit 50 Shades of Grey is going to be a complete dud just because there's no chemistry between Dornan and his co-star Dakota Johnson, who plays his love interest Anastasia Steele.

What's more, fans are worried that the film's cinema debut will be delayed because both actors are going to have to re-shoot their scenes. That, or the film is just going to have to find another Christian Grey if Dornan can't focus on the project. The Irish-born actor and his wife Amelia Warner welcomed another child last month. Unfortunately, Dornan has been filming on location in Vancouver while Warner is back at home in London with the couple's two children, putting more stress on Dornan and his current situation as he no doubt misses his family and newborn child.

Still, this isn't the first time that fans have been worried about the lack of chemistry between the actors, as Dornan was forced to defend himself in the past.

"They wouldn't have shot the film with us if there was a lackluster chemistry problem... whatever chemistry means," Dornan shared. "You have to jump through a lot of hoops to get a part like this, and they simply wouldn't have cast us."

Keep up with Enstars for all the latest on Jamie Dornan and all of our favorite celebrities right here. 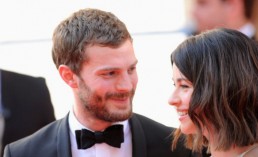 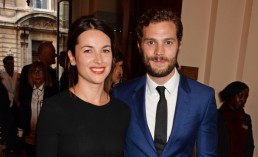