Kim Kardashian is continuing to break the Internet, but this time she has a friend with her.

On Wednesday, the reality star took to Instagram to post a new photo of herself with actress Emily Ratajkowski as both of them are topless in a bathroom. Taking the picture with her phone, Kardashian lets her middle finger out as her gal pal also flips off the camera.

With their chests covered by a black bar, this picture is soaring all over the web. It's received more than one million likes with comments continuously sent in.

Kardashian captioned the photo by joking around saying they had nothing to wear.

When we're like...we both have nothing to wear LOL @emrata

Ratajkowski also posted the image on her Instagram page, but gave a message that was more empowering about feeling comfortable with being who they are.

"We are more than just our bodies, but that doesn't mean we have to be shamed for them on our sexuality. #liberated," she wrote while tagging Kardashian.

People commented on the photo by showing support for the women expressing themselves. One comment reads, "I see nothing wrong with women showing their breasts, men do it all the time. So women should be able to also without any problems to follow."

Other comments weren't as supportive, but odds are likely that neither of the women care.

With so much popularity in just a day, this picture is bound to gain more popularity by the end of the week. 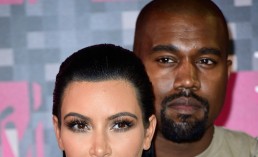 Kim Kardashian, Kanye West Divorce: Does Their Marriage Have A Chance Of Surviving? [VIDEO] 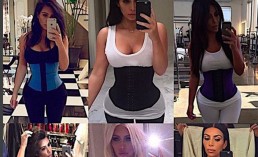 Kardashian Waist Trainer: Why Their Favorite Slimming Corsets May Be Legal Nightmare [PHOTO] 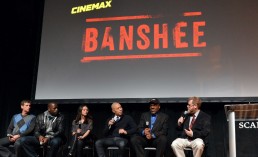 'Banshee' Season 4 Spoilers: Final Episodes Will Be 'Different,' Will Fans Know About Lucas's Past? [VIDEO]