Lindsey Pelas is still the stunning starlet she always aims to be.

On Monday, the model took to Instagram to add a new image where she stands in a short black dress with tall boots that show off her long legs. She also bares major cleavage, something that tends to be part of her style.

Pelas is all about the chest in her images. And considering that she's gathered more than four million followers, it's safe to say that her followers would be happy to see more.

The model realized that she was able to bring in the attraction at a fairly young age when boys would react to her curves. It was in a way that wasn't exactly appropriate and something that Pelas wasn't trying to find at that point.

"I first realized that I was sexy when I was around 14," Pelas told Cosmopolitan. "My boobs were big, but I didn't know they were big until I got a reaction from the boys. They would write my name on the bathroom wall, very cheesy moves. There was so much attention, but I had never asked for it."

Things got pretty difficult when Pelas was older when she got judgment for what she wore and how she expressed herself.

"One time when I was 18, I went to a wedding. I thought I had the cutest dress on, it was a lace baby doll," she said. "A guy I didn't know came up and took a picture of me. I asked, 'What are you doing, taking this picture of me?' And he said, 'Well, you wore that.' It really hurt my feelings. I was taught by strangers that I should be less sexy and dress differently." 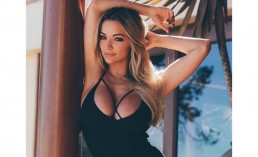 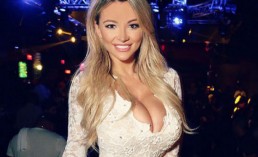 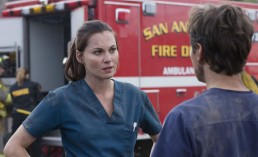