Sherlock season 4 has begun filming, with Benedict Cumberbatch and Martin Freeman returning to their iconic roles.

BBC sent out a new press release Wednesday revealing that Sherlock had begun production on season 4. When the series returns for season 4, Sherlock (Cumberbatch) will be back in London as Watson (Freeman) and Mary (Amanda Abbington) prepare for their first child.

"Sherlock series four—here we go again!" said executive producers Steven Moffat and Mark Gatiss in a statement. "Whatever else we do, wherever we all go, all roads lead back to Baker Street—and it always feels like coming home. Ghosts of the past are rising in the lives of Sherlock Holmes and John Watson bringing adventure, romance and terror in their wake. This is the story we've been telling from the beginning. A story about to reach its climax..."

Cumberbatch, whose career continues to blossom after receiving his first Oscar nomination last year, admitted he is "genuinely thrilled to be back filming Sherlock with all the cast and crew. I can't wait for everyone to see season four. But you will have to wait... though not for long. ... And it will be worth it."

Sue Vertue, also an executive producer for the series, added, "It's taken a while to gather everyone together for series four, but I can confidently say I think it will be well worth the wait!"

Like the first three seasons, the upcoming fourth season will contain three episodes. The first episode is set to be directed by Rachel Talalay, the first female director in the show's history. Talalay has previous experience working as a director for Doctor Who, The Flash and The Wind In The Willows.

As for what fans should expect from season 4, Gatiss previously admitted that there will be some life-altering moments.

"Well, it's some more adventures. Ha ha!" Gatiss quipped, before adding: "All I can say is, this is a major, life-changing [season] for the regulars. The repercussions of Moriarty's [Andrew Scott] apparent return are far-reaching. It's very big stuff."

A set premiere date has not yet been announced, though 2017 is being projected. 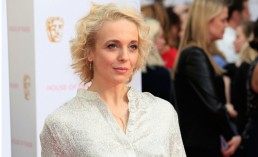 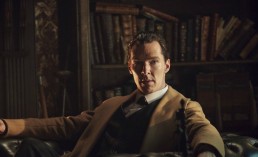 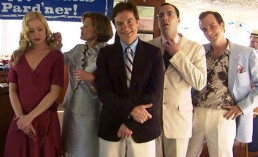