Former Dancing With the Stars pro Cheryl Burke has apologized for a comment she made about one of the celebrities she was partnered with during her time on the show.

Burke appeared on the Allegedly podcast recently where she slammed her season 4 partner, Ian Ziering. The actress admitted she was desperate to get eliminated from the season because she didn't want to work with him.

"I was, like, crying to the executives," she said. "I was, like, 'Is there any way to please just eliminate us?' They're like, 'We can't. We can't do that.' And I swear, every time I asked, we just kept going. We would last till the end."

While her rant drew a lot of attention over the weekend, there was one comment she made that got her in some hot water: "[Working with him] made me want to slit my wrists."

Many fans were upset with Burke's comment, and the pro dancer is now apologizing.

I’ve always lived by the rule that if you don’t have anything nice to say, don’t say anything at all. (cont) https://t.co/Fe6KBqjfnG

"In the heat of an interview conversation, I used a phrase that seemingly makes light of suicide and I deeply regret it," she tweeted on Sunday. "I have many friends and family members that struggle with depression and thoughts of suicide. To have said something that seemingly makes a mockery of what they've gone through and what they live with is something that I apologize for. I never meant to hurt anyone or to trivialize the topic. I was out of line and for that I apologize."

However, she has not apologized for blasting Ziering in the interview. The pro said Ziering was her least favorite celebrity partner ever, mocked his pronunciation of his first name and spoke about his "true colors" shining through while working with him on the show. She also admitted that she "didn't try" to get the public to vote for them.

The couple wound up finishing in fourth place. Burke left Dancing With the Stars after season 19.

Watch one of Ziering and Burke's dances from season 4 below: 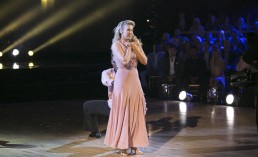 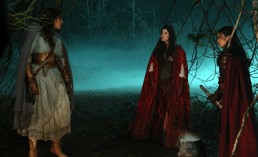 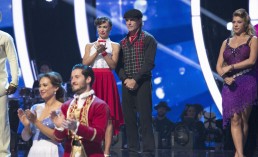 'Dancing With the Stars' News: Will Doug Flutie Be Eliminated From Competition Next? [POLL, VIDEO]