The star of Banshee opened up on the remaining episodes and everything he's learned since day one.

On Friday, Collider released an interview with Antony Starr, known for playing Lucas on the series. When he was asked if fans would feel a sense of closure by the last episode, he said, "Absolutely."

"We're finishing at the peak of our power, so to speak," Starr said. "This is the best season of the show. Going out at that point was a difficult thing to do, but at the same time, [writer] Jonathan [Tropper] had the foresight to call it quits at the right time and exercise restraint in a way that most shows don't. So, I feel really good about the show ending and I feel good about the way that we end the show."

The actor also pointed out that he feels like he's learned everything he needed to know about Lucas and fans will likely do the same.

"For the world that we've created and the universe of the show, it's got to be in tune with the style of the show and what the show is about, and I think we've explored the character pretty well," Starr said. "I feel pretty good about the way Season 4 wraps him up and wraps the show up. Hopefully, the fans will agree."

The character has been through a lot with massive fights and violence, but Lucas has always been one to stay strong and never give up.

"He's like a shark," Starr said about Lucas. "He's got to keep moving forward and keep water in his gills. Being a person that acts first and thinks later, you're going to have to deal with some stuff. There are going to be consequences. That's what Season 4 is all about. It's all about dealing with the consequences of his actions."

Banshee airs on Fridays at 10 p.m. ET on Cinemax. 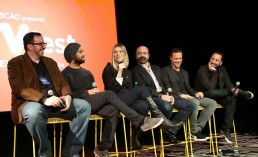 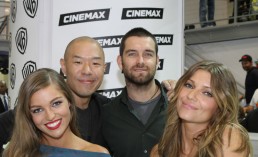 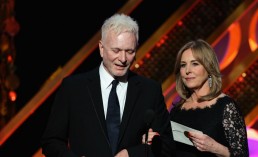