It’s no secret that Beyonce’s Lemonade visual album had many of the Beyhive giving their guys the side eye wondering if he was cheating on them with a “Becky with good hair.” And singer, reality star and television co-host Tamar Braxton is not afraid to admit she is one of the many women giving her husband a double take thanks to Queen Bey.

She said during the Girl Chat segment on The Real, “Initially everyone was in their feelings anyway watching Beyonce… I was like ‘Hold up. I’m about to start checking Vince’s phone… You don’t have a Becky do you?’”

The ladies dished on speculation that stylist Rachel Roy was the woman Beyonce called out as Jay Z’s alleged mistress. They also pointed out that Roy was said to be the reason Beyonce’s sister, Solange Knowles, attacked Jay Z in an elevator over his speculated affair with Roy during the Met Gala festivities in 2014.

Jeannie Mai made it clear that as a married woman she didn’t feel comfortable dishing on a possible affair with another married couple--celebrity or not.

Still, Braxton wasn’t afraid to call out Roy for sparking the drama when she posted a photo about “good hair” during the Lemonade premiere Saturday. “You tried it,” Braxton said of the stylist, who was previously married to Jay Z’s former business partner Damon Dash.

Jeannie did add her thoughts, “Don’t stir the pot,” during the discussion.

See the video below and be sure to keep up with Enstars for more. 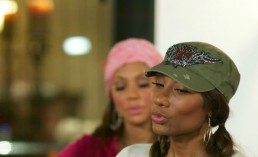 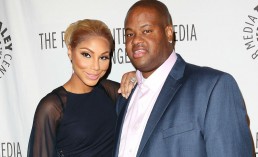 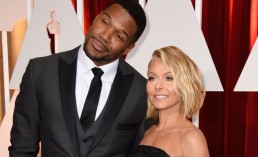