There's not much Rebecca Mader can tease about the season 5 finale of Once Upon a Time or the following season, but she definitely has fans hyped nonetheless!

Mader, who plays the wicked Zelena on Once Upon a Time, recently spoke with TVLine on what's ahead for the season 5 finale and how it leads into season 6.

"Ohhhhh! [Laughs] I would say that you can't write this stuff, but then they did. The finale is pretty bonkers...." she said.

Amid the buzz of Sam Witwer and Hank Harris joining the cast as two characters involved with a mental institution, Mader said, "It's an amazing set-up for next season. It's really, really huge. I can't wait until it's out and we can talk about it!"

The two characters are expected to be introduced by the end of season 5, and likely continue into season 6.

Mader also discussed the upcoming revelation of Baby Hood's name, confirming that it meets her approval.

But in the mean time, Zelena is dealing with her own problems. As the synopsis for the next episode of Once Upon a Time reads:

"Hades [Greg Germann] turns to the heroes to ask for help with getting Zelena back from Rumplestiltskin [Robert Carlyle] and Peter Pan [Robbie Kay]. In return, he offers to take all their names off their tombstones. However, when Hook [Colin O'Donoghue] is still unable to leave, he and Emma [Jennifer Morrison] must journey into the depths of the Underworld. Meanwhile, Cruella De Vil [Victoria Smurfit] is determined to keep the heroes trapped in the Underworld. In flashbacks, Emma searches for answers about her family and makes an unexpected friendship."

Watch the promo for the next episode of Once Upon a Time below: 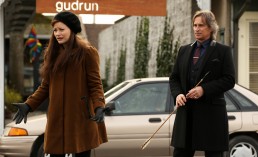 'Once Upon a Time' Season 5 News: Belle Feeling 'Distraught' After Saving Rumple? [VIDEO] 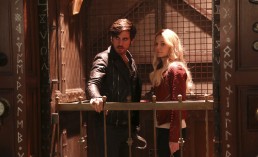 'Once Upon a Time' Season 5 News: Will Emma Have To Say 'Goodbye' To Hook? [VIDEO] 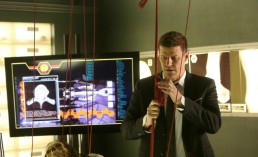