Emily Blunt is continuing to support her husband in his play Dry Powder.

On Monday, Just Jared posted snapshots of the the couple who walked out of the Public Theater in New York City where John Krasinski performed on stage. As his wife walked with him, she donned a black sweater where she held her bag in front of her belly while hiding her baby bump.

Blunt is expected to give birth to the couple's second child later this year. They are already parents to their daughter, Hazel, 2.

The two stars weren't alone after the show. They had company from celebrity couple Hugh Dancy and Claire Danes who is also in the play with Krasinski.

See the photos of the gang here.

As Krasinski and Blunt await the day when they become parents for the second time, the former Office star previously dished to Pop Sugar on the possibility of putting his daughter in show business. He didn't seem too against the idea, but he started off his response with a little joke.

"She's 2, so we talked about it yesterday. It was a really intense conversation," Krasinski said. "She made a lot of good points. She said, 'I want to get it out of my system.'"

But would Krasinski and Blunt really let Hazel become an actress someday? The actor would definitely support his daughter if that's what she really wanted, but he would want her to understand how difficult the business is. 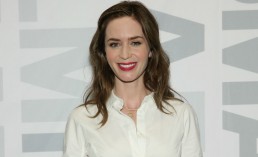 John Krasinski, Emily Blunt News: Actress Is Embracing Her Baby Bump, She 'Should Show It Off' [VIDEO] 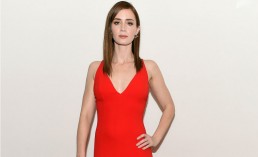 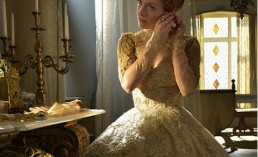 'Reign' Season 3 Spoilers: Elizabeth Makes Shocking Confession On Who Should Be Her Heir [VIDEO]