Paul Wesley and Phoebe Tonkin looked mighty sharp on the red carpet the other night.

The couple attended The CW Network's 2016 Upfront event in New York where Daily Mail released photos of them on Thursday.

The actor sported a fancy black suit as well as a smooth beard while his girlfriend wore a multicolored outfit and let her dark hair shine for the cameras.

Both actors will be seen next season on The CW shows they star on-- Wesley in The Vampire Diaries and Tonkin in The Originals. In fact, the two shared the screen together in a crossover episode, something Wesley had a lot of fun with.

Speaking to Entertainment Tonight about the episode, the actor explained how it all went down.

"It was crazy, I had never worked with her before," he said. "It was very funny, we talked about it, but we literally never rehearsed [the scene] or ran it. We just said, 'Let's just do it when we get to set' because otherwise it would just be awkward, and it was cool. It actually wasn't in the least bit uncomfortable or awkward. It was just kind of like we just did it and we were both in it and we both committed to it. It was nice, it was funny."

At the time, Wesley was hoping fans would enjoy this big moment since he had a great time being a part of it.

"It just feels really natural," he said. "I think there are some good brotherhood and kinsmanship moments between Klaus and Stefan. I think that [fans] are going to get their Caroline and Klaus fix to some degree." 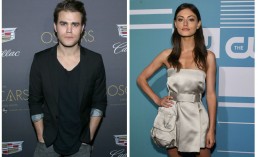 Paul Wesley, Phoebe Tonkin News: TV Couple Is Bringing Back The Bees, Find Out How To Help [PHOTOS, VIDEO] 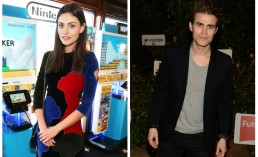 Paul Wesley, Phoebe Tonkin 2016: Actress Has 'A+ Weekend' With Her Boyfriend In Sweet New PHOTO [VIDEO] 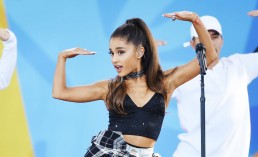