Someone is currently in talks to land a spot a the co-hosts' table on The View.

On Tuesday, Variety announced that "GMA Weekend" lifestyle anchor Sara Haines might be the one to join the daytime talk series to replace Michelle Collins who is reportedly leaving the show.

"We're lucky to have terrific and talented guest co-hosts fill in at the table and we include Sara Haines on that list," a spokesperson for ABC revealed. "When we are ready to make an announcement about next season, we will."

Other sources are saying that Haines is strongly being considered for her interviewing skills, and thoroughly handling controversial and light news.

It's unclear on who exactly will remain on the talk show for the next season, but Whoopi Goldberg, Paula Faris and Joy Behar are expected to stay. As for Candace Cameron Bure and Raven Symone, there's a possibility they won't be returning.

Bure actually opened up with FOX News on one of her biggest challenges of the series, which involves being the only conservative host.

"I realize sometimes I am the lone conservative or lone Republican sitting at the table somedays," she said. "And somedays it's hard to not have backup, but we are all there to share our opinions and I think that's one thing about me, I don't get hot headed."

Even though she might have different thoughts from the other ladies at the table, Bure doesn't let it get to her since they are all there to speak their minds.

"I believe in what I believe, but I love being open and listening to others and it doesn't matter to me at the end of the day whether we agree or not," she said. "I believe in healthy conversation, and that's what I always try to bring to the table. I don't get overly impassioned or angry with someone who doesn't agree with me, that's just my personality." 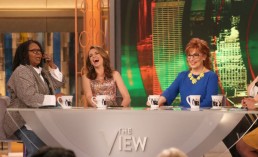 'The View' Cast 2016: Find Out Which Celebrities Will Appear On Daytime Series This Week [VIDEO] 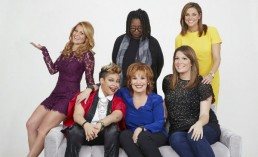 'The View' Cast 2016: Three Co-Hosts Expected To Leave Series, But Who Is Staying? [VIDEO] 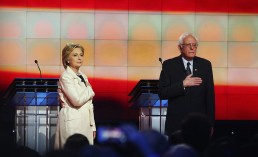