Doctor Who is digging into its bag of tricks and pulling out a few fan favorite guest stars.

Showrunner Steven Moffat will step down at the end of season 10, and, when he does, many of his recurring characters will disappear into the depths of memory. For many of season 5 through 9's guest stars, the 2017 run could be their last hurrah.

Luckily for Matt Lucas, Nardole will get another chance to shine. In fact, he might even hang around for more than one episode.

"Delighted and slightly amazed to be welcoming Matt Lucas back on to the TARDIS - and this time it's not just for Christmas, he's sticking around," Moffat said. "One of the greatest comedy talents on planet Earth is being unleashed on all of time and space."

Nardole made his debut in last year's Christmas special, "The Husbands of River Song" (see video below). In an unfortunate turn of events, the Mendorax Dellora colonist quite literally lost his head. Luckily, Hydroflax's body was still kicking around, giving both Nardole and Ramone a second chance at life.

Lucas isn't the only character returning for Moffat's last hurrah. Michelle Gomez's Mistress will find her way back from Skaro, and she's sure to have some dastardly plan in the works.

Doctor Who will return to the BBC and BBC America for the annual Christmas special on Dec. 25. Season 10 will premiere in early 2017. 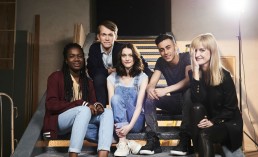 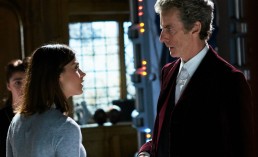 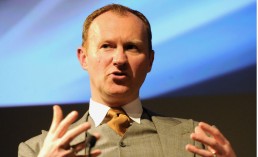