The Real Housewives of Beverly Hills season seven is in production.

Following a slew of casting reports weeks ago, a report has confirmed the return of four of four cast members to the Bravo reality series.

"After it was announced that Yolanda Hadid and Kathryn Edwards will no longer appear on the show, cameras have begun rolling for the seventh season of 'The Real Housewives of Beverly Hills,'" Christian Today reported on Sunday. The series "started shooting at the end of June. But this time, only Lisa Vanderpump, Kyle Richards, Lisa Rinna, and Ericka Jayne will return for the show."

Weeks prior, Entertainment Tonight weighed in on the drama surrounding Yolanda Foster's exit from the show, claiming that while it was Foster who announced she was parting ways with the show, she only did so due to a casting demotion, which would have featured her in a lesser role had she returned.

On Instagram, Foster revealed she was leaving the show to her many fans and followers.

"I would have loved a more graceful exit [than] 'Season 6' but sometimes we don't get to control the ending of the chapters in our life," Foster wrote. "I am leaving what's over without denying its past importance in my life. I believe that every exit is an new entry and with that in mind I say goodbye to my @Bravotv Family as I continue to focus on a my recovery, my children and bring back the privacy within our Home........... Thank you to all the fans for your love and unwavering support these past 4 years. I am grateful for the housewife experience and all it has taught me. I am excited about this CHOICE and look forward to the next chapter of my life."

Around the same time, Us Weekly confirmed Kathryn Edwards had been fired from The Real Housewives of Beverly Hills after appearing on the series for just one season.

"Producers have opted not to bring back Edwards, 51, who is married to retired NFL star Donnie Edwards. Kathryn, a friend of Lisa Rinna's prior to joining the show, made her debut in a January episode," the magazine reported. 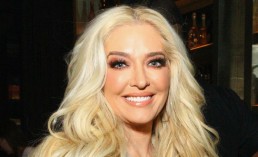 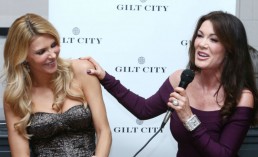 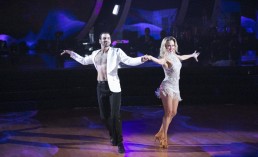