Hawaii Five-0 has a special Fourth of July gift for fans, and it comes in the form of the season 7 premiere title!

Alex O'Loughlin (McGarrett), Scott Caan (Danny), and the rest of the cast will step in front of the cameras this week, bringing the words of Peter Lenkov's premiere script to life. Before they do, however, the showrunner treated fans to a peek at the finished product.

This isn't the first time Lenkov has provided fans with an inside look at Hawaii Five-0's return. Last month, the writer took his Twitter followers inside the script with teasers for the opening scene. In the wake of Steve's transplant, the premiere will eschew a major time jump in lieu of putting the former Navy SEAL on his back foot. As the episode opens, McGarrett will still be recovering at Tripler Army Medical Center.

3 days into the first week back and we're cranking on some good stuff for you guys #H50 Season 7 premiere @hawaiifive0cbs A photo posted by plenkov (@plenkov) on May 25, 2016 at 4:56pm PDT

Even though Hawaii Five-0 is already rife with mysteries - what's up with Wo-Fat's dad? Will Chin (Daniel Dae Kim) adopt Gabriel's little girl? When will Adam (Ian Anthony Dale) shed his prison uniform? - the premiere will shell out a few more. Hopefully we'll even get a peak at the series' next big bad. 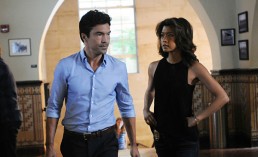 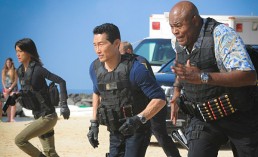 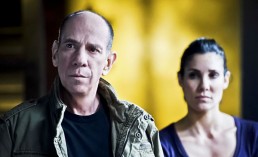