It's heading towards the end of the road for the 2016 Rio Olympics, but there's still plenty of events to look forward to on Day 12.

The Rio Olympics has seen many memorable moments so far, including the dominance of such athletes as Katie Ledecky, Simone Biles, Michael Phelps and Usain Bolt, but there are still more moments to be made.

Day 12 of the Olympics will features major events, including various track and field finals, which you'll want to tune in for. Of course, NBC will continue its all-day Olympic coverage but if you want to watch events live without anchor commentary, go to NBCOlympics.com and click on any of the green [LIVE] buttons. All you'll have to do then is enter your cable subscription info. If you're not a cable subscriber, go to Sling TV and get a free seven-day trial.

Here are the major events you'll want to live stream on Day 12 of the Olympics:

The U.S. men's volleyball team will be playing Poland in this quarterfinals match. The quarterfinals continue with Italy vs. Iran at 5 p.m. and Brazil vs. Argentina at 9:15 p.m. Canada vs. Russia, the other quarterfinal match, was already played, with Russia defeating Canada.

The U.S. men's team, which features such all-stars as Carmelo Anthony, Kevin Durant and Kyrie Irving, will be battling Argentina. This is part of the quarterfinals, with other matches including Australia against Lithuania, Spain vs. France and Croatia against Serbia. 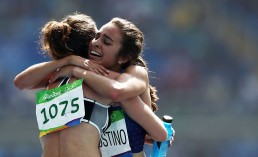 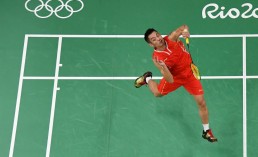 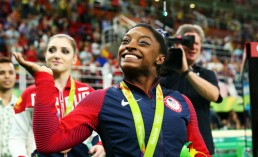