According to Durant as reported on Rolling Stone, what he said happened to take a little too far but he did not regret clapping back at anybody or talking to his fans on his social media account. One thing he regretted was using the name of his former coach and the former team which he played for. He also added that his actions and utterances were childish and idiotic and that's why he apologized to them for doing that.

Last Sunday, Kevin defended himself after some people called him out after he decided to leave the Oklahoma City for the Golden State Warriors. The response of Durant and his choice of words caught the eyes of some fans that also took the chance and speculated that the NBA star may have meant to tweet the answer from another and secret account or it could be in the third person.

A user with the Twitter handle @ColeCashwell tweeted at Durant evening of Sunday and asked why he left the Thunder for the Warriors. Previous reports added that his move to the Golden State was unpopular with the fans of Thunder because they had nearly beaten the current NBA Champion team the previous season.

Durant, on the other hand, or someone using Durant's verified account, gave an answer in defense of the NBA Finals MVP. According to the response which was stated in the third person, Durant did not like the organization or playing for Billy Donovan.

Moreover, according to CBS Sports, the tweet added that Durant's roster was not that good since it was just him and Russ working in the team. If Russ will be removed from the Thunder, the poor status of the team will be revealed. Then the tweet concluded by telling that Kevin can't win a championship with those players in the Thunder.

Soon afterward, Kevin Durant removed all those tweets which prompted fans to infer that the Warriors star player had meant to tweet from his alleged other account. With this, some people also started to ask if he has also been using a secret and different account on Instagram. 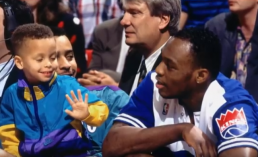