Ahmad Khan Rahami, the man suspected of being behind the recent terror attacks in New York and New Jersey over the last few days, has been finally apprehended. Two officers were injured in his capture, but there were no fatalities.

The 28-year-old Rahami's arrest happened on Monday, in Linden New Jersey. By then, police were already on the lookout for Rahami, after he left his fingerprints on an improvised bomb that authorities were able to trace.

Rahami seemed to be lying low in New Jersey when local police were given a tip that a suspicious man was sleeping in the doorway of a local bar, according to Capt. James Sarnacki of the Linden Police Department. Immediately, the police mobilized and found the suspect in the area.

"When I was at the scene, initially, he was conscious and awake," Sarnacki said.

Sarnacki further stated that events quickly escalated once the police made contact with Rahami.

"One of the officers tried to rouse him. The gentleman on the ground picked up his head, and the officer saw that he had a beard and resembled the wanted person from the poster from the bombings," he said.

Upon seeing the officer, Rahami quickly pulled out a gun and fired, striking the officer in the abdomen. Another officer was shot in the hand. Fortunately, the officer who got the brunt of Ramahi's assault was wearing a bulletproof vest.

As Rahami attacked the officers, the rest of the Linden police returned fire, hitting the suspected terrorist multiple times. By the time Rahami was finally retrieved, his right shoulder bloody and was seen to be bandaged.

Rahami became a person of national interest after his fingerprints were retrieved from an improvised pressure cooker bomb that authorities were able to discover. Authorities were also able to link the bombings to Rahami through cellphones that were designed to be wired to some of his bombs. 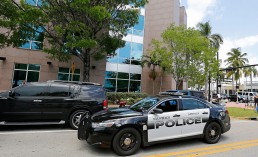 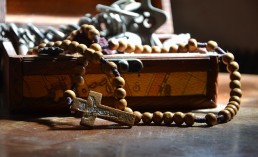 Pope Francis: Priest Killed By ISIS To Be Lined Up For Sainthood [VIDEO] 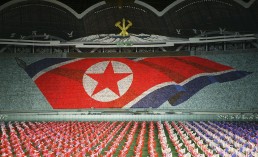