Grey's Anatomy star, Camilla Luddington cannot contain her excitement anymore as she shared her pregnancy news to her Instagram followers this week.

"Baby Arriving Spring 2017." Along with the cute photo, she wrote, "I am SO excited to FINALLY share with you all news that I've managed to keep secret for what seems like forever now... I am pregnant!!!!!!" she captioned a photo on Instagram as mentioned in Popsugar.

In the post, the 32-year old star, wearing a casual white blouse and ripped jeans, is seen giving a candid smile to her fans while she sits and holds a huge pumpkin covering her midsection. The words "Baby Arriving in 2017" are carved across the pumpkin.

The British actress has been dating Matt Alan in the past six months with their relationship evident in a couple of snaps in her social media account. They had their first public appearance at the Entertainment Weekly's 2016 Emmys party, E! Online said.

Though details of her love life were not really exposed in the limelight, Luddington acknowledged that there may be people talking about the pregnancy reports.

"Nods of respect to the few of you who have guest rights in the past months- yes I saw your comments."

In the last season of Grey's Anatomy, fans were surprised to know the secrets behind Luddington's character, Dr. Jo Wilson.

It can be remembered that Dr. Wilson kept turning down Alex Karev's proposal. It was later on revealed that her decision to flee from her abusive husband is the reason that hindered her to move and start a new life with a new man.

In an interview mentioned in Mail Online, the actress said that like her fans, she and other performers of Grey's Anatomy are 'shock' to find out these unexpected plot twists.

Aside from Grey's Anatomy, Camilla Luddington is also renowned in her role as Catherine 'Kate' Middleton in "William & Kate: The Movie." 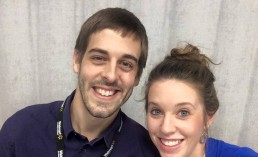