The 6-year married couple has every reason to celebrate as Jared Padalecki has announced last Monday on Live! with Kelly show their third child due on March 2017. The Supernatural lead actor and guest star is already parents to Thomas Colton 4 and Austin Shepherd 2 and has been enjoying their roles not just as actors and actresses but on to their real-life. Jared Padalecki 34 and Genevieve Cortese 35 had met on the set of Supernaturals back on its fourth season when Cortese guest starred as Demon Ruby; Cortese caught the attention of Padalecki that started from travel talks to hanging out together.

Now that they are already proud parents to two boys, they can only reminisce their singlehood when Jared Padalecki first started his CW show at the age of 22. International Business Times has recently reported his statements on Live! with Kelly show, revealing that after 12 years he will be a father of 3 coming March. Padalecki's excitement and his happiness on his role as the father of 3 can be clearly seen on his good looks and still hunky features, thus fatherhood suits him well.

Jared Padalecki is not the only ecstatic father to date as fellow Supernatural star Jensen Ackles doubles his role with twins due to come out before this year ends. Although their father roles are more important, Jared Padalecki has tight schedules to squeeze into that, with the coming of Gilmore Girls: A Year in the Life as a Netflix series. Padalecki will make his comeback as Dean Forester in recent news from Mail Online with 90-minute episodes will premiere on November 25.

This is one sigh of relief as couples nowadays don't count their children but on how many divorces they can have. For Jared Padalecki and Genevieve Cortese, their continuous loving relationship and family life can serve as role model for other celebrity couples and viewers. 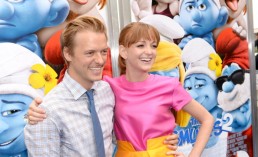 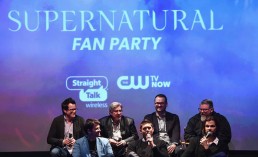