Joe Simpson, the father of Ashlee and Jessica Simpson, has been diagnosed with prostate cancer. The reports say that Joe had a prostate surgery couple of months ago and is currently on the mend.

"The surgery was successful," someone close to Joe revealed. He further added that Joe's daughters have supported their father in this tough time of his life as well.

The diagnosis was made two months earlier and led to this surgery. And, as everything went successfully, he is back to work already and is eating healthier, according to E! News.

"He is now feeling great and is quite optimistic," said the same source.

On the other hand, in his very own interview, Joe Simpson proudly gushes about his two lovely daughters.

"Jessica and Ashlee are so professional. They're really good and know how a camera is worked with," he added.

Joe continued, "It makes me happy to see their joy. To a father, it's not about what your children do. Rather, it's about who they are and how they're doing? That's what you always ask."

As cited in an article at People.com, after getting divorced with Tina Simpson back in October 2012, Joe had been really busy with his photography lately. In last May, he also opened his first-ever photography exhibit with the name Dreams Work at Bruce Lurie gallery in Los Angeles.

The divorce from Tina was also quite an inspiration for Joe to continue with his hobby and turn it into a successful career. He's just focused on his art now and he feels that change to be the life-changing one for him, he told US Magazine.

According to reports, Joe Simpson's next stay will be in Japan where he will be shooting a cover for the Nation-Alist magazine besides working on some additional campaigns.

The recovering Joe is all set to step back into his professional life with high aims and pamper himself with his photography skills. We hope that everything goes fine for him in future and he recovers from his surgery fully pretty soon. 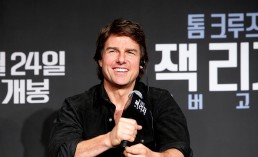 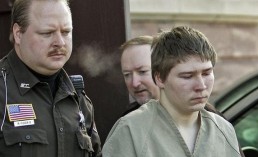