FX's American Horror Story: Roanoke is set to conclude tonight - here's how you can watch the finale online.

It's been a wild and tumultuous season of American Horror Story, with more genuine scares than any season since the first one. Now, after nine weeks of scares, the season is concluding with one final episode, sure to twist things even more.

The finale of American Horror Story: Roanoke begins at 10 p.m. ET/PT on FX, and lasts for one hour. If you cannot watch the finale on cable television but still have a subscription, go to either FXNetworks.com or the FXNOW app and enter your info. There will be a live stream available for you to watch in high quality.

If you don't have a cable subscription but still want to watch the finale live (before you inevitably get spoiled on social media), you can try SlingTV. The app features live streams of various TV networks, including FX. Be sure to choose the Sling Blue option and have a free seven-day trial.

The episode will be available Thursday morning on the FXNOW app and the network's website.

There are a lot of question marks heading into the finale of American Horror Story: Roanoke. For one, what exactly do we have in store? Episode 9 ended with Lee (Adina Porter) being the sole survivor of the "Return to Roanoke: Three Days in Hell" experimental TV show. The preview for the finale features footage of Lee going to court and being described as "provocative and polarizing" before it is revealed that this is the "Lana Winters Special", a.k.a. Sarah Paulson's journalist character from Asylum.

It remains to be seen what kind of horror is left to go through now that Lee has escaped Roanoke, but based on the previous nine episodes, there are likely going to be some big twists ahead.

If you wish to follow along with the American Horror Story: Roanoke finale on Twitter, use hashtag #AHSRoanoke. 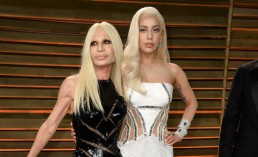 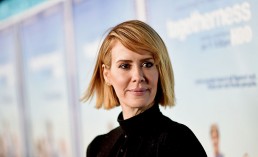 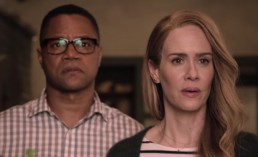